The team of the film reaches city beautiful for promotion

After quite a gap, Bollywood is once again back with a Family Emotional Drama film, “Narayan” which is releasing on 3rd of November, 2017. This production of Ajiveena Films & Entertainment (India) has been written and directed by Jogesh Sachdeva. The film stars Jogesh Sachdeva, Harry Sekhon, Rahul Aamath, Eklovey Kashap, Karishma Singh, Raghav Sharma and Anchal Goswami. The team of the film was in city beautiful for promotion. 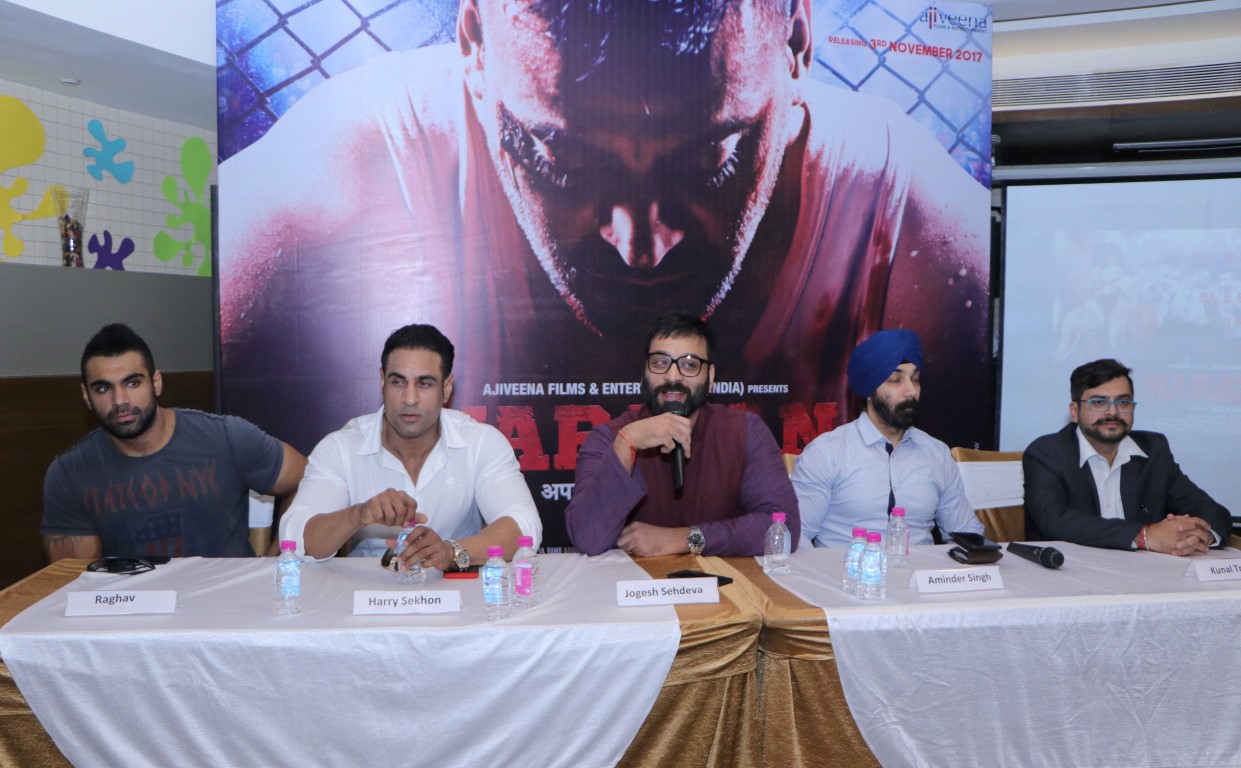 The film is based on a story of Grit and Determination, which is a saga of how a 40 year old common man does the unthinkable in the quest for protecting his loved ones.

Director Jogesh Sachdeva said that Emotional Family Drama is one genre which is loved by maximum number of audience. It keeps you stick to your seats and hence the film involves its audience fully. The idea about this story was in my head since a long time and now finally we are ready with the film. He further added, that it is not an easy task to make a multi-starrer film. The team’s efforts are commendable and I really liked the way this film has come out.

The actor, Harry Sekhon, is quite excited about his debut as an actor. He said that when you are related to a film like this, your responsibility to perform is quite high. Here my whole team has really helped me to perform my best. I am keeping fingers crossed and request all the movie lovers to surely watch our film.

Also Read :   Surprising reasons why you are not losing weight