The 64th Vimal Elaichi Filmfare Awards personified glamour, creativity and true celebration of the excellent work showcased in 2018 in Indian film industry. The who’s who of B’Town came together to witness the outstanding talent and films of Indian Cinema being gratified with the symbol of creativity and utmost credibility, the Black Lady. The winners of the 3rd Filmfare Short Film Awards 2018 also found the spotlight at the most prestigious stage as they were honoured with the coveted Black Lady. The much-talked about event took place at the Jio Gardens in BKC, Mumbai and will broadcast on 20th April on Colors, the exclusive telecast partner.

The red carpet was at its splendid best as the glitterati came together for this annual celebration of creative excellence in the Hindi film industry.  Sonam Kapoor, Deepika Padukone, Ranveer Singh, Katrina Kaif, Hema Malini, Ayushmann Khurrana, Vicky Kaushal, Sara Ali Khan, Alia Bhatt and Ranbir Kapoor among others grabbed the spotlight with their uber chic style. Entertaining the audience to the fullest was none-other-than the Badshah of Bollywood, Shahrukh Khan, who held the attention of the crowd throughout the splendid evening as the host.  The night witnessed an unforgettable performance by the nation’s heartthrob Vicky Kaushal, who marked his debut on the Filmfare stage.  Actors Kirti Sanon, Janhvi Kapoor, Rajkumar Rao, Ishaan Khattar also set the stage on fire with their astounding dance moves. The entertainment bar was raised to an all time high by the very energetic and mesmerizing finale act by Ranveer Singh. 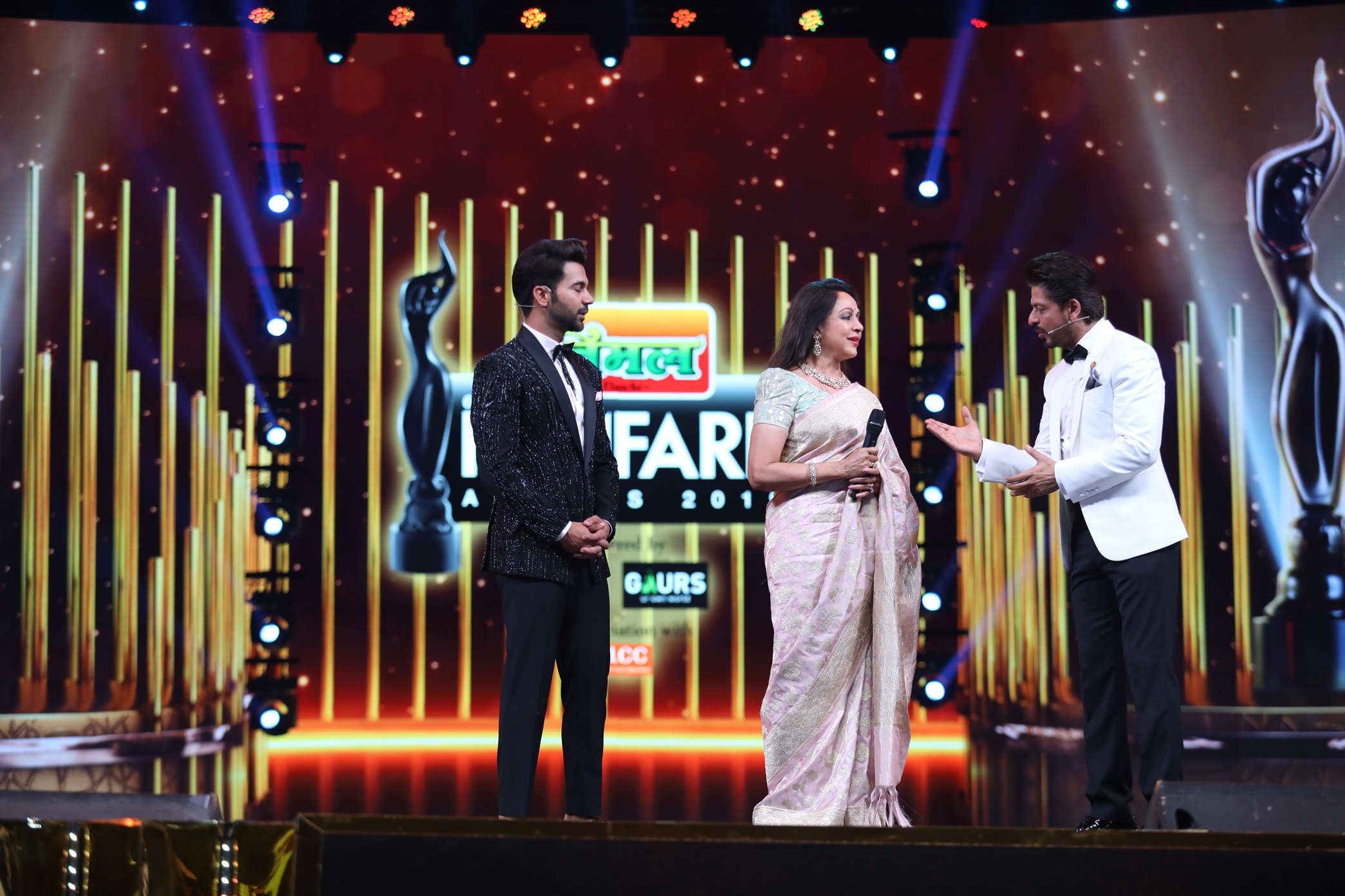 Established on March 21, 1953, Filmfare Awards is one of India’s oldest and most distinguished film institutions and has spanned generations of exceptional talent. From a small ceremony which featured just five awards,  the Filmfare Awards function has evolved into one of India’s most spectacular events, where the best of Indian cinema perform, host and do what they do best – entertain. The Black Lady is something every cinephile aspires to take home.