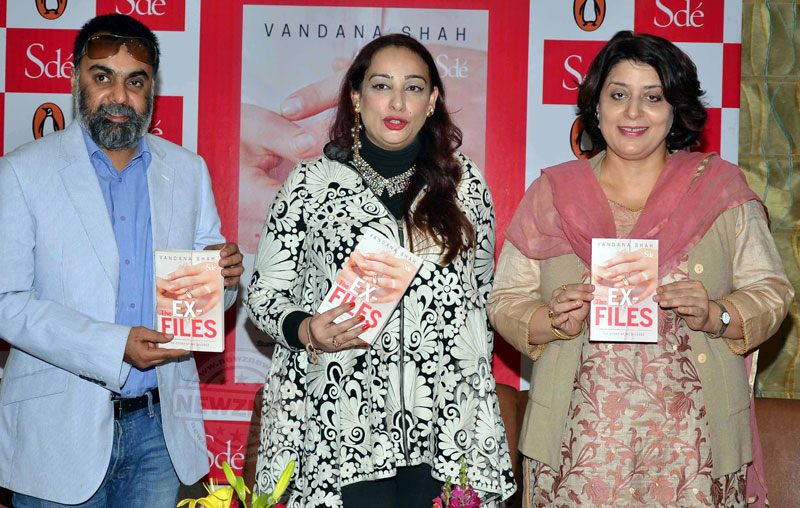 Told through her own personal story, The Ex Files reveals the hardships of divorce and also the joys of emerging stronger with your positive thinking and humour intact.  The book also deals with the legal and social aspects of divorce, so often overlooked in India, and provides an indispensible guide to the ins and outs of proceedings.

In 2001 Vandana Shah, despite her best efforts to save her marriage, found herself facing a divorce petition.  But instead of wallowing in self-pity, she picked up the pieces of her shattered life and moved straight on.  She not only found a job but went on to become a divorce lawyer and a community leader, starting India’s first divorce support group and network.

At once funny, tragic and uncompromisingly honest, this memoir will resonate with anyone who has endured the end of a marriage and come out changed.

Vandana Shah studied at St Xavier’s College in Mumbai and has since donned various hats including that of a model, a deejay and an advertising professional. After being thrown out of her marital home with just the clothes on her back and Rs 750 in the bank, Vandana rebuilt her world and founded the first Indian support group to help people going through a divorce, 360 Degrees Back to Life. She has since come full circle from being a litigant to being a divorce lawyer and practices at the family court in Mumbai.

She has also participated in the Lead India Programme and was the winner from Mumbai in 2010. Vandana’s work for the cause of women going through divorce in India has resulted in a BBC documentary about her work, entitled Invisible Women of India. This was broadcast worldwide on international Women’s Day in 2014.

Her first book endorsed by the iconic feminist Gloria Steinem won an award and she has translated another book on the Jain faith from English to Hindi.  She also received the NAI Achievement award for the best lawyer in India for Women’s Rights in November 2014.