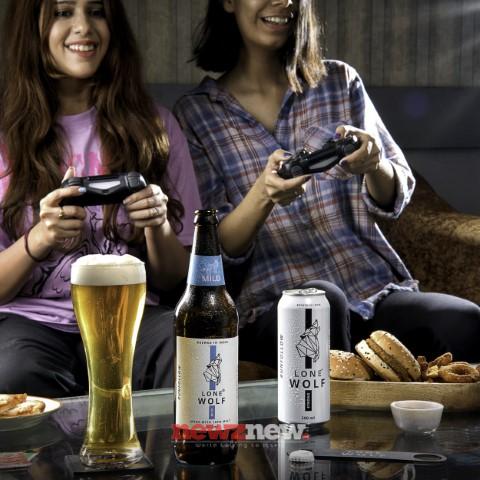 For centuries, people from different cultures have been giving Full Moons names that represent the peculiarities of the lunar month in which they occur.

The first full moon in January has often been referred to as the Wolf Moon, the origin of the name from Native American culture, where they often heard wolves howling during cold winter nights at this time of year, howling because they were hungry, and it was harder for them to hunt in winter.

The Wolf Moon is said to represent the final ending of cycles ahead of new beginnings and the moving toward new light and opportunities as the days grow longer. It also marks mid-winter and the beginning of animals coming back from hibernation, a sort of awakening. With that sentiment in mind, Lone Wolf is curating and lining up some of the best parties the capital has to offer.

Guests are already lining up to attend this exclusive event, make sure you have your invitation handy!

Lone wolf beers are brewed in Punjab, and have a yearlong shelf life.  With two (2) variants currently out in the Indian market, Lone Wolf Strong and the Lone Wolf Mild Lager, they plan to add new beer styles to their portfolio every year.

With the hops and yeasts imported from Germany, low additives and enzymes, the beer goes down easy, and leaves one fresh to go out on the prowl the next morning, to break and make their own crescent trajectories.