The New Public School celebrated 70th Independence Day in the school with patriotic fervor and enthusiasm. Students from classes IV to XII marched to the assembly ground to the beats of the drum. The programme commenced with NCC cadets, in all their finery, marching up to the stage with commander Master Sumit of class XI. 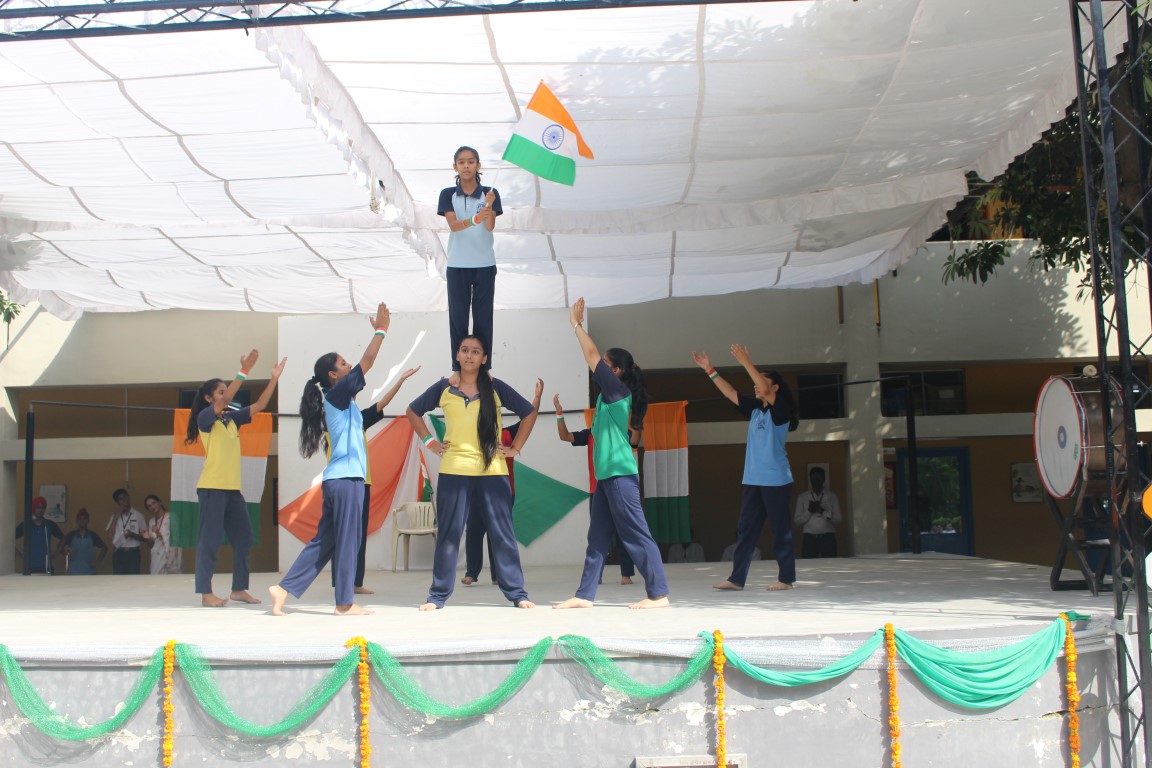 The Principal, Mr. R.D. Singh, presided over the flag hoisting. Immediately after the Principal unfurled the flag, the National Anthem was sung. With Tricolor fluttering high, the bugle and drums matching the patriotic full throated singing of the National Anthem, the very air seemed to be filled with the sweet fragrance of independence.

The Principal Mr. R.D. Singh greeted and addressed students. The Vice Principal, Mrs. Sushma Jeryal too addressed students urging them to remember the sacrifices of the freedom fighters. It was followed by a speech by Master Ashwin of class X and a patriotic poem by Master Mukul. A melodious rendering of “VANDE MANTRAM” and a patriotic song by girls of class X and XI captivated as well as delighted one and all. Boys of class XI presented a patriotic song and a skit. The skit which highlighted the need of the hour i.e. the best of the youth joining armed forces drew a deafening applause.

Also Read :   Stability of Mind is possible only if it is attached with stable God

The grand finale was a stupendous medley presented by students from classes VI to XI: beautiful patriotic songs and brilliant choreography mesmerized all. Thereafter sweets were distributed .