Tier III cities also contributing to retail participation in Stock Markets : While on one hand where there is a record growth in the number of overall demat accounts on the other business for traditional brokers seems to be on a decline. This is clearly suggestive of the fact that discount broking firms like Upstox are fuelling investor participation in stock markets. During FY 2017-18 about 3.76 million fresh demat accounts were opened. This was far above the previous record of 3 million in 2007-08 at the peak of the previous bull market. 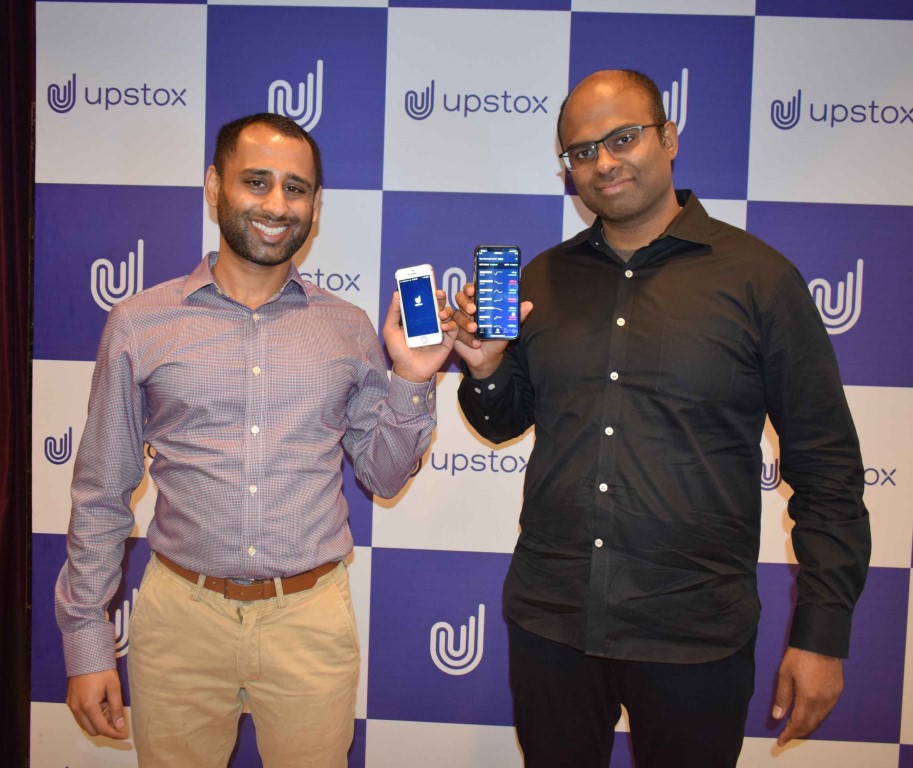 However, these millions of new investors entering into the stock market are not being facilitated by full-service brokerages, but by discount brokers.Discount brokers are also the biggest volume contributors on NSE and BSE. Take for instance Upstox;it reported a three-fold growth in participation numbers over the last 15 months, and a remarkable 33% of its participation and revenues comes from Tier III cities and around 42% from Tier I cities.

98.5% of the total orders placed on Upstox during the FY 2017-18 were placed online, while only 1.5% were placed using the Call-and-Trade facility. Contribution of Upstox to daily notional turnover of exchanges increased by 3X — to a range of Rs. 14,000 to Rs. 18,000 crore per day during FY18 from around Rs. 5,000 to Rs. 6,000 crore per day during the preceding year.  Upstox operates through a partner model, which enables it to save on overhead costs.

he growing interest from Tier III cities towards equity investing has encouraged Upstox to have a greater focus on these cities. It currently has 384 partners spread across 125 cities in India. Ahmednagar is a Tier III city that is leading in terms of the percentage of partners. Upstox shares a percentage of the revenue with its partners in return for the clients whom they cater to. The percentage depends on the level of expertise and type of services that the partner provides to his/her clients.

A low-cost brokerage model breaks the barrier to entry and allows people with limited means to invest wisely. Online trading platforms such as Upstox give traders and investors access to live market data. Charting tools are easily accessible with just a click of a button and thus traders are able to act on price changes in real time making real time stock market trading a reality.

Upstox has been able to maintain and sustain its low-cost brokerage model because it does not have any physical branches. The business is based on a partner model wherein its partners are spread across the country. The partner model helps the company lower its overhead costs and divert funds to the technology stack. The technology is robust enough to give its partners a platform wherein they can track their performance and make sure that their customers get the support they need. The company has a light-weight mobile trading platform which downloads on any smartphone–even a 2G phone and can operate even in a low bandwidth environment.

That’s not all at which the tech-enabled promoters have stopped at. The developers have put all the required charting and analysis tools right in the palm of an investors hand, reducing the dependence on heavy gear trading terminals on the desktop. The Upstox Pro mobile trading app is one of the highest rated apps on the Playstore.

The biggest advantage that comes with discount brokers is that of the cost of trading which matters a lot in a market where profits matter right from the first tick that the stocks click. Upstox charges Rs. 20 per intraday order or 0.01% (whichever is lower) for all segments irrespective of the order size. Thus, with a traditional broker where one might end up paying Rs. 10,000 in brokerage for an investment of Rs. 1 lakh, with Upstox he’d just be paying Rs. 20 per intraday order. Moreover, investors can trade with better leverage in the derivatives segment as well.

The technical work force of the company has built and maintains a robust trading suite of platforms which helps it reach customers across the country. “We are able to reach even remote customers without having to rely on the traditional brick and mortar model. A team of developers and engineers has helped us build that tech infrastructure. Thus, reducing our overhead costs.” adds Ravi Kumar. Moreover, the seamless onboarding process also enables it to cut down on the costs. So, the benefits that the costs bring in are far higher than the costs themselves.

The future is technology and companies like Upstox are likely to be drivers of vital engines of the economy going forward thanks to the investments in technology being made by them making participation in the capital market affordable and easy for all.

Unlock 4: ‘List of Metro stations for restoring services to come...

Sufna’s Trailer Unveiled In the Presence Of Entire Crew