A celestial phenomenon that takes place once in 150 years, was witnessed at close range by students & space enthusiasts, thanks to the fixed dome planetarium at Dikshant International School campus here. 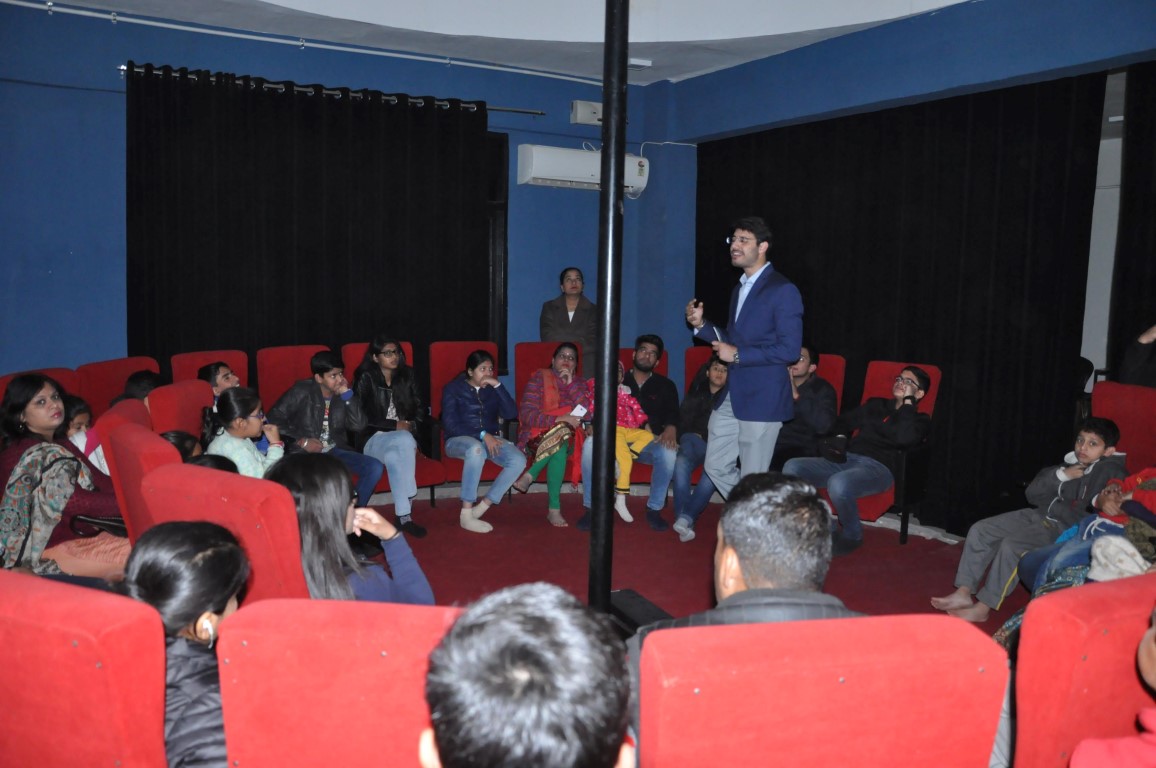 The space episode was rare, as sighting of Supermoon: the time when moon is closest to the earth eventually making it look bigger in size, Blue Moon: when moon appears bluish in colour due to presence of dust particles in the atmosphere & Total Lunar Eclipse: when moon passes through centre of earth’s shadow were marked together.

People of tricity were fortunate to be able to access this unique space sightseeing opportunity through a Planetarium installed at the campus of Dikshant International School, Zirakpur which was put up in the year 2016, with  the support of Inter University Centre for Astronomy & Astrophysics (IUCCA), Pune.

” Dikshant International School houses the only planetarium in the tricity not even a government body boasts of one in this region. Our Planetarium is fully loaded with advanced features like high-Definition projection with a capacity to project 120,000 bright stars, there is zooming, built in audio system, automatic physical outline etc.  Dikshant has continuously been engaged with space science and this event was organised to give a superior & realistic experience to space aficionados, in  which complex motions in outer space were simulated.” said Mithul Dikshit, Chairman, Dikshant International School.

In  order  to  make  maximum people enjoy this rare phenomenon, the entry to the planetarium was free and  only  prior registration was mandatory. As soon as it started getting dark, space enthusiasts gathered in good numbers to witness the rare celestial phenomenon. Apart from students, parents and people from different walks of life were also seen during the event. Students appeared to be quite enthusiastic about the celestial event. “It was an unmatched experience to see in reality what we have been reading in the books  or  learning  in  the  classrooms.” Said Satvik Vashishta a student of Class Xth of Dikshant International School.

It is pertinent to mention that ‘Planetariums’ are large dome shaped projection screens onto which scenes of stars, planets and other celestial objects can be made to appear and move.  It is the best way to learn astronomy which is considered as the mother of all sciences.

Atwal congratulates Mr. Kovind on the appointment of New Governor of...

Mr INIFD Hawaiian title goes to Varun while Sonal gets the...