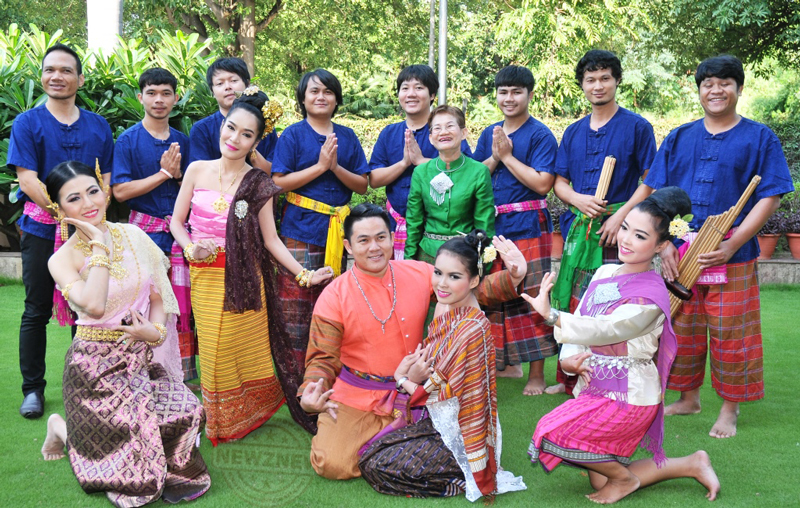 NewZNew (Chandigarh) : Overwhelming response from the Tricity residents during the last 2 editions of the show has brought the third edition of CII – DITP “THAILAND TRADE SHOW” back to the city.

Being organized jointly by the Department of International Trade Promotion (DITP), Ministry of Commerce, Government of Thailand and the Confederation of Indian Industry (CII), the five day show which unfolds today (on Wednesday, 1st April 2015) at Himachal Bhawan in sector 28, Chandigarh, will make the residents once again experience a whiff of Thai business, Thai products and Thai culture, in addition to live Demonstrations like special Thai cuisines, fruit tasting, Thai cultural performances and Thai massage from 10 am to 8 pm till 5 April 2015.

“The Business to Consumer (B2C) show will see 36 Thai Companies exhibiting in around 50 stalls.  Around 90% of the exhibitors are women entrepreneurs.  In addition there will be cultural events on all the days including walk around performances by the Thai artistes at Himachal Bhawan, the fair venue”, shared said Mr S S Bhogal, Chairman, CII Punjab State Council.

“India and Thailand share many civilization commonalities as the people of Thailand are largely followers of Buddhism which originated in India.  The two countries share extremely cordial relation and are working together on number of international platforms such as ASEAN, East Asia Summit and BIMSTEC, among other.  There is immense tourist traffic to Thailand from India which can be further increased after the land route through the Northeast is inaugurated. This show is step further to strengthen the ties between the Punjab & Thailand”, he added.

Dr Chavalit Rojjanaprapayon, Minister Councillor, Royal Thai Embassy said that “ The Thailand Trade Show, beginning Wednesday, would showcase mainly finished products from Thailand, along with fresh fruits from his country. This edition of the fest will be special in terms of many attractions like authentic Thai Cuisine, Thai Fruits and Live demonstration of Thai massage. We wish to see more business contact happening between the two countries especially from Punjab.  The reason for choosing Chandigarh is because we think Chandigarh is the Gateway to North India and the people of the Chandigarh and neighbouring cities i.e. Panchkula, Mohali love shopping and travelling and Thailand is one of the favourite destination for Tourists.

“We see a lot of business potential in Northern India, and this Thailand Trade Show is the step towards exploring this potential”, he added.

Sound physical & ICT Infra key to Chd being a smart...