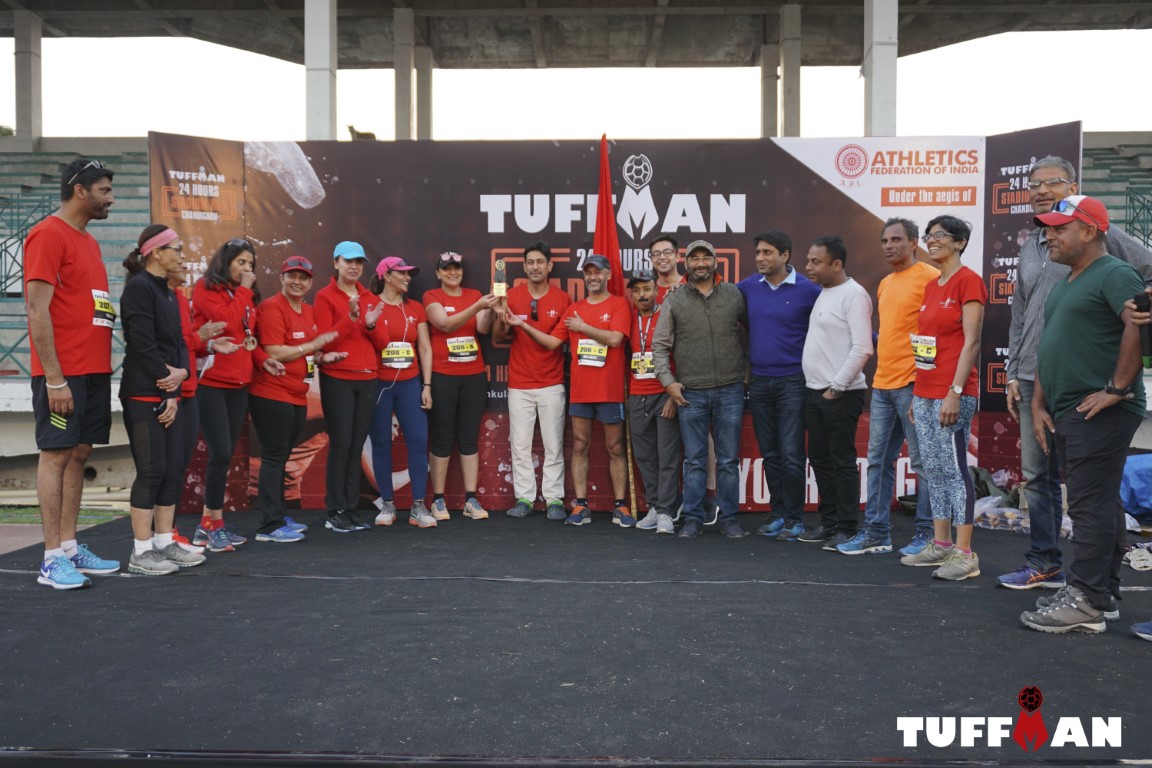 This kind of event is organised by Tuffman India for the first time and is a pan India body engaged in conducting ultra running and half marathon running races / foot races. The races have been recognized as one of the most toughest running races in India.

It is also a sports community for people who want to challenge themselves, discover life and do those things that they are passionate about. Participating in Tuffman races and events will make one learn about yourself, about being a tough man that resides inside every one. They bring those tough people out of their body, implant that toughness in mind and help them discover their real tuff soul.

They have a very eminent personality involved in deciding the future of running as a sport in India. 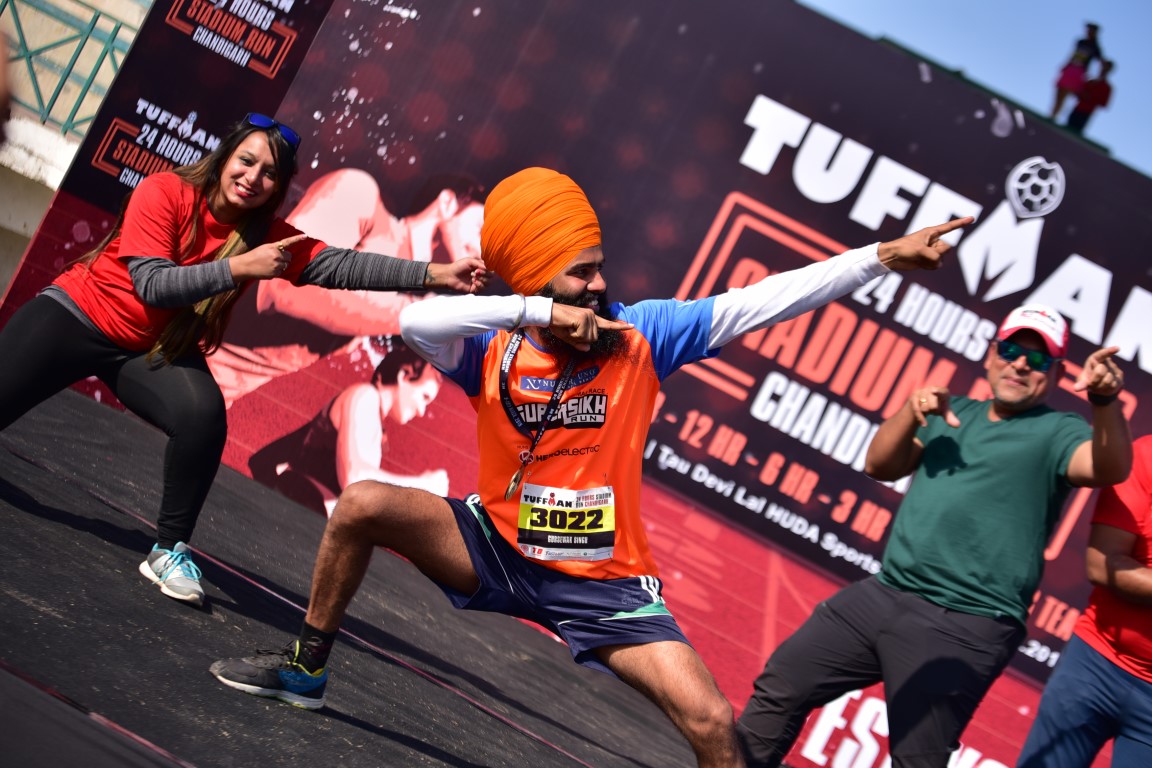 Over 250 of the best athletes from the country ran in this coveted event which has become one of the officially acclaimed stadium runs in India. Binay Sah clocked 546 laps in 24 hour stadium run, Suraj Chadha and Hemant completed 100 kms in 08:55:10 hrs and 09:44:46 hrs to create another Indian records on Indian Soil, which confirmed their entry to The 24H & 100K World Championship by IAU (International Association of Ultrarunners)

Also Read :   Youth should actively be part of democracy by exercising their right to vote says District Election Officer

Runners in all categories were flanked by cheering crowds throughout the running track. The stadium was packed with supporters. The winners were welcomed by votaries of fitness and supporters amidst roaring cheers.

This stadium run bought together professional runners and novice runners to trigger their nomination to the 24 Hour & 100 Kms World Championship held by International Association of Ultrarunners (IAU) and for others to adapt ultra running as a lifestyle which helps create a positive impact on our society by keeping fit and healthy.

Abhinav Bindra Targeting Performance and Alchemist Hospital were the Recovery partner and Medical Partner respectively and around 8 teams of 3 runners each from The Run Club Chandigarh joined the run as the local running group from Tricity.

Lauding the efforts of participants of all categories, Joint Commissioner, IRS, Ms. Rachana Singh (who herself ran in the 3 hours category) said, “Running is not just about physical stamina but also needs mental strength and testing your ‘tough’. I am happy to see the enthusiasm and participation from various parts of the country is just beautiful in itself to run 24 hours or 12 hours which is a testing task in itself.” The run had a vision of fitness enthusiasts that year on year aims to promote healthy living and empowering the underprivileged. She herself came second in 3 Hours (Female) by covering 26.23 kms (61 laps). Take a close look at tuffman races by visiting www.tuffmanindia.com