newznew (Chandigarh) : The past 10 weeks of STAR Plus’s couple reality show Nach Baliye has been a perfect blend of talent and romance, keeping in mind this year’s theme ‘Romance Waala Dance’. The 8th season of the show saw some of India’s biggest and most popular actors coming together to showcase their emotions through dance. 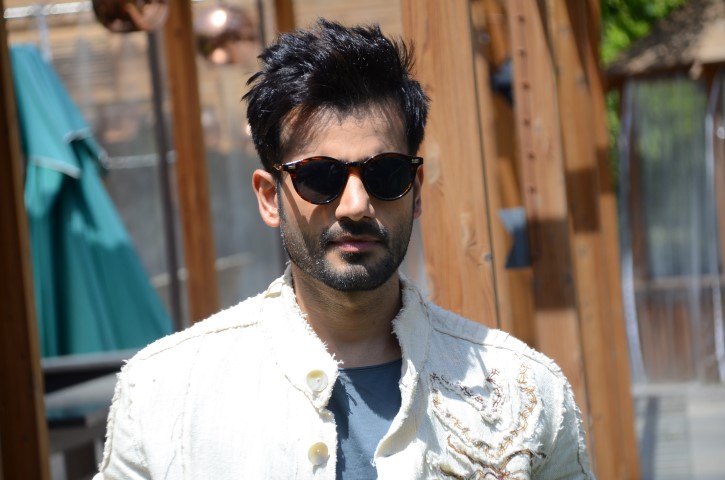 With five talented couples – Divyanka & Vivek, Sanam & Abigail, Siddharth & Trupti, Dipika & Shoaib and Mohit & Sanaya remaining on the show, it’s now the survival of the fittest. Through these ten weeks, the couples have managed to keep the judges and audiences impressed with each and every performance. Not just the couples, the hosts of the show Karan Tacker and Upasana Singh too have grabbed the attention of the audience through their sense of humour timing and wit.

Karan Tacker was in the city of Chandigarh to promote the show and was visibly very excited. The actor who is a Punjabi himself interacted with the fans and the media in the city, and explored the city! Talking about the show, he says “Hosting has always been fun. It makes me feel alive and fresh, and Nach Baliye especially has become very close to my heart. I strive to give my 200% in every episode. I’ve developed a special rapport with all the couples, and I personally feel extremely sad whenever there’s an elimination. Now that we’re almost at the end of the season, it’s a bittersweet feeling!”

The finale of the show is scheduled three weeks from now, and all the couples are striving hard to perform their best, despite hectic schedules, impossible stunts and injuries. Their conviction, dedication and determination would surely reflect in their performances, and make the best one win!

First ever attempt of covering 4 corners of India expedition by...