NewZNew (United States) : Two students died in a shooting at a high school near Seattle in Washington state Friday morning, including the shooter, who killed himself, said the police. The shooter, ninth-grader Jaylen Fryberg, opened fire in school’s cafeteria, striking six students, one of whom, a girl, died. The others suffered severe gunshot wounds.

The school, Marysville Pilchuck High School in Marysville, was quickly evacuated as officers, who reached within minutes, conducted door-to-door searches for more shooters. Police had not identified the shooter till late Friday evening, but local news outlets did based on interviews with witnesses, many of who were his friends and classmates.

There have been an estimated 90 school shootings since the horrific massacre of 20 first-graders and six staff members at Sandy Hook Elementary in December 2012. Gun control remains a contentious issue with the powerful gun lobby forcing President Barack Obama to abandon even a most modest change post Sandy Hook.

Unlike the Sandy Hook shooter Adam Lanza, who was mentally ill, Fryberg was a normal freshman, ninth-grader, according to friends and others in a series of TV interviews. One of them called him a “popular kid”. A local parent said he was “well liked”. He was elected homecoming prince and played on his grade’s (American) football team.

Fryberg belonged to a family that is prominent in the American Indian Tulalip Tribes — his grandfather is director of fish and wildlife at the tribe, according to Seattle Times.After the morning classes on Friday, Fryberg entered the cafeteria, walked over to a table and opened fire on the students sitting around it — two boys and two girls.

There was no word yet on the motive. Local news outlets speculated Fryberg was in a dispute with another boy over a girl. The other theory was that he was angry with a girl who refused to go out on a date with him. There were also no details about the gun, which witnesses described as small and unusual, and how he came to acquire it — being under 15, he couldn’t have bought it. 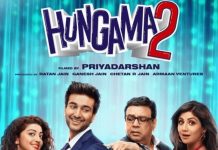