State level International Yoga Day function of Punjab is at Mohali, while for Haryana it is at Jhajjar

The 4thInternational Day of Yoga (IDY) function of Chandigarh Union Territory will be held at Plaza, Sector 17, Chandigarh tomorrow. The Governor of Punjab & Administrator UT Chandigarh, Shri V.P. Singh Badnore will be the Chief Guest while Union Minister of Textiles, Smt. Smriti Zubin Irani will be the Guest of Honour. 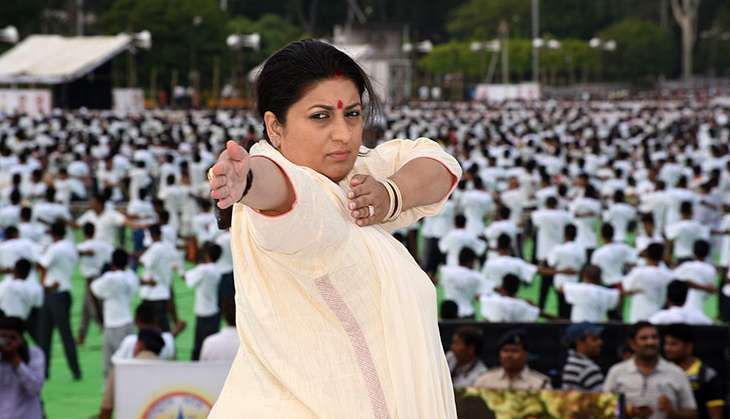 The State level International Yoga Day function of Punjab is being organised at Mohali, while for Haryana it is at Jhajjar. Governor of Haryana Prof. Kaptan Singh Solanki will be the Chief Guest at Panchkula. The State level function of Himachal Pradesh will be held at Ridge, Shimla. Chandigarh Press Club is organising free Yoga Camp at Club premises from 3rd of June.

The Ministry of Ayurveda, Yoga and Naturopathy, Unani, Siddha and Homoeopathy (AYUSH) is the Nodal Ministry for this task.  The 4thInternational Day of Yoga is being celebrated throughout the world on June 21, 2018.The Mass Yoga Demonstration (Main Event) of 4th International Yoga Day celebrations (IDY-2018) will be held on 21st June 2018 at Dehradun in Uttrakhand. The Prime Minister, Shri Narendra Modi will attend the event.

It may be noted that Yoga has been  recognised internationally by United Nations  and the  efforts led by Honourable Prime Minister of India.  Now 21st  June has been designated “International Day of Yoga” by UN.  Celebrations are being organised across the Globe.

The Ministry of   AYUSH  has also  created a separate portal for IDY (http://yoga.ayush.gov.in).   In the  social media efforts to promote IDY, AYUSH Ministry is making extensive use of three hashtags, namely #IDY2018. #AYUSH and #ZindagiRaheKhush, on Facebook (FB) pages, Instagram  and Twitter handle.