UP CM Adityanath meets PM Modi: Uttar Pradesh Chief Minister Yogi Aditynath is meeting Prime Minister Narendra Modi on Friday to apprise him about the political situation in the state and steps taken to control the second wave of Covid pandemic. 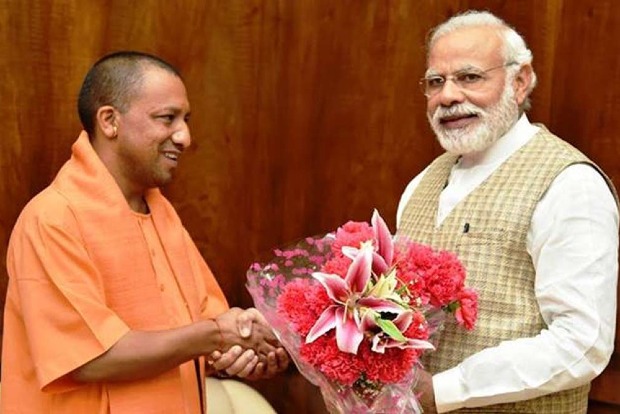 After meeting with the Prime Minister, Adityanath will meet BJP chief J.P. Nadda to discuss the political situation in the states ahead of next year’s Assembly polls and possible cabinet expansion or reshuffle on cards, especially after Congress’ Jitin Prasada joined the BJP.

On Thursday, Adityanath met Union Home Minister Amit Shah in which apart from political situation and saffron party preparation, BJP’s performance in recent panchayat polls was also discussed and it was decided to focus on electing its members as ‘Zila Panchayat Adhyaksh’.

Shah also had a separate meeting with Patel after Adityanath left.

Patel, who was Minister of State in the first Narendra Modi government but failed to make the grade in its second term, is demanding a ministerial berth for herself in the Modi cabinet and a ministerial post for her husband Ashish Patel in the state.

Thursday afternoon, Adityanath reached Delhi to discuss preparations for next year’s Uttar Pradesh Assembly elections with the party’s central leadership. The sources also said that the handling of the Covid situation during the second wave of the pandemic by the Uttar Pradesh government was also likely to be discussed during the meetings.

While the state’s efforts drew flak from the opposition, the BJP leadership has appreciated the works done by the UP government.

After Ranbir, Arjun and Irrfan’s sister, Gunjan to play Girlfriend

Vilara.com rolls out Black Taxi’s ‘Fashion & Works’ in Chandigarh on...