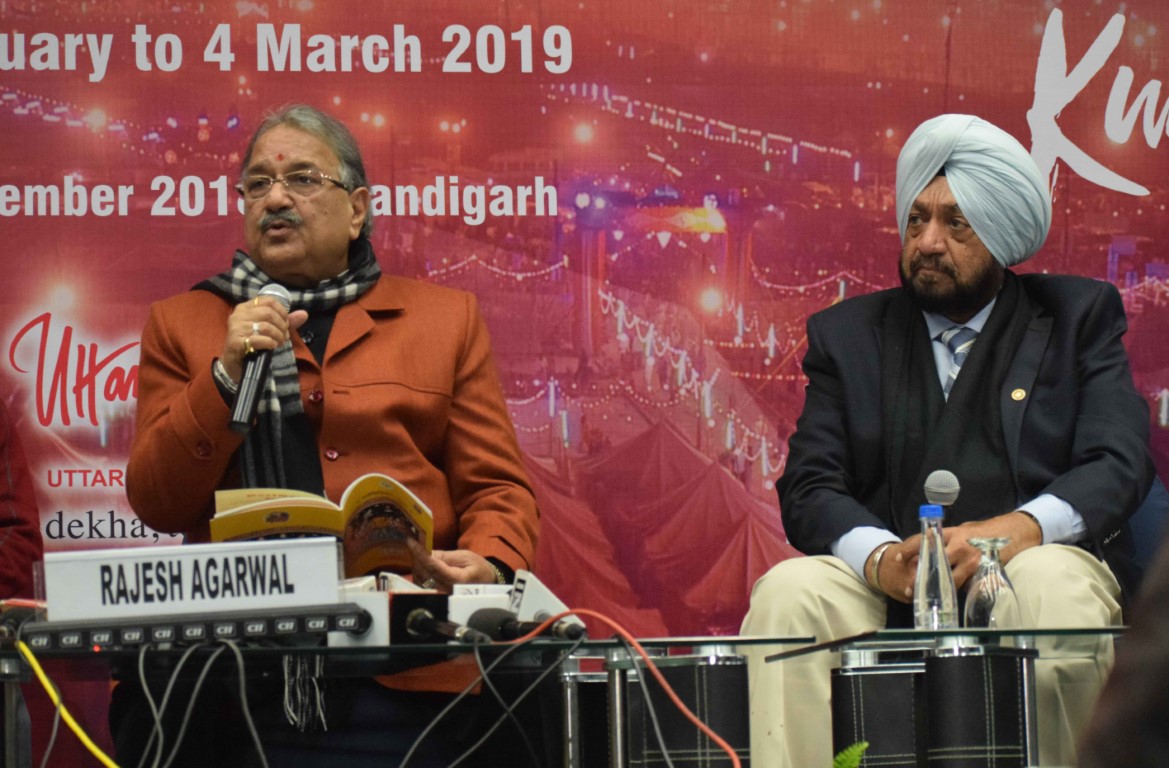 CII is the National Partner to the Government of Uttar Pradesh for the Kumbh Mela 2019.

Giving the details of the Kumbh, Shri Rajesh Agarwal, said, “This holy event is organised at four places in the country. The event held at Prayagraj in itself is the subject of special curiosity and attraction for the country and the world. Following the efforts made by the Prime Minister, Shri Narendra Modi, UNESCO, has included Kumbh in the list of “Intangible Cultural Heritage of Humanity”.

“Following the efforts made by the Chief Minister, Yogi Adityanath Ji, the historical and mythological importance has been restored by changing its name to Prayagraj as per the sentiments of the people. The Uttar Pradesh Government under the leadership of the Chief Minister is making elaborate arrangements for successful organisation of Prayagraj Kumbh- 2019,” he shared.

“The state government is endeavoring to provide a devotionally and spiritually changed atmosphere to pilgrims coming to Kumbh. Over 5000 NRIs will also visit the Kumbh owing to the joint efforts made by the Prime Minister and the Chief Minister. People from over 6 lakh villages of India along with the overseas devotees will participate in Kumbh Mela 2019,” he added.

“The state government earmarked an amount of Rs 2800 crore for Kumbh Mela 2019 along with the various projects of stable development. Besides, work of stable development are being carried out at Kumbh Mela and Prayagraj with a total amount of Rs 4300 crore from other budget. Under these projects, works of basic infrastructural facilities like roads, bridges, drinking water schemes electricity improvement, tourism developmental etc have been done.” 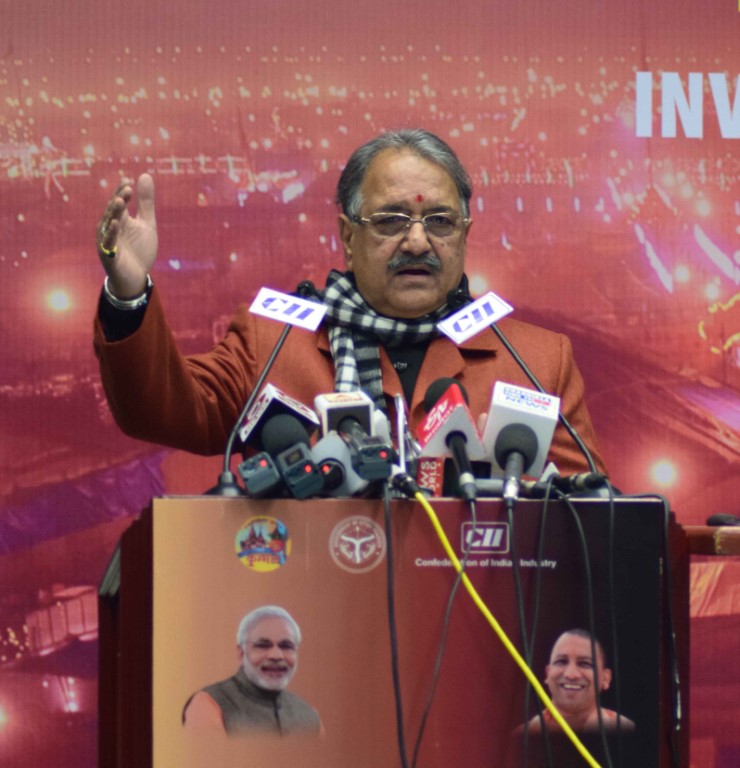 “Following the efforts made by the state government and the cooperation extended by the Ministry of Defence, Government of India, the devotees coming to the Kumbh will have an opportunity for the first time in the last 450 years to pray at ‘Akshay Vat’ and ‘Sarasvati Koop’. Keeping this in view, the state government has beautified all the places directly or indirectly linked to the Kumbh,” he said.

The state government has already launched a new logo of Prayagraj Kumbh – 2019 in accordance with the nature of the event. The state government is making efforts to realise the concept of making the Kumbh event a representative of India’s ‘Sanatan’ and inclusive culture. The objective of this event is to make efforts to familiarise the world with the high quality life, conduct and thoughts of Indian culture through Kumbh.

Kumbh is organised at Prayagraj after every six years and Magh Mela every year. To ensure continuity of developmental process, the state government has constituted Prayagraj Mela Authority. Under the Kumbh related works, 671 people welfare projects have been completed during the last one and a half years. Of these, most of the projects are related to the stable developmental works.

“For smooth traffic movement, the state government has constructed nine flyovers in only last one and a half years. The Bridge Corporation has created a record by constructing in a short period of 14 months a 4-lane wide and 1325 metre long flyover on a single pillar in front of Hon’ble High Court in Prayagraj city area. Similarly, another record has been created by completing only in a year time, a 1.0 km long ROB at a height of 16.00 metre at Rambag. In the densely populated areas of the city, 6 railway under passes have been widened to 4-lane within a year, which have smoothened city traffic movement for the citizens of Prayagraj,” shared the Minsiter.

The state government for the first time, has widened and strengthened on a wide scale over 64 traffic crossings and 264 roads connecting the mela area during the last one and a half years. Besides, the availability of latest medical equipment has been augmented in the hospitals of Prayagraj city, besides setting up new plants by enhancing medical facilities.

Ambassadors of about 71 countries have witnessed the preparations for this grand event. They have unfurled the national flag of their countries on the bank of Triveni in Kumbh Mela area. A conference on NRI Day is being organised in Varanasi in January.

The efforts made by the state government resulted in setting up of a new city in the huge Mela area, which has 250 km long roads and 22 pontoon bridges. It will be the largest temporary city of the world. Keeping in view arrival of devotees in a large number, availability of electricity has been made more effective by streamlining energy infrastructure in Prayagraj. For the first time, the Mela area is being brightened up by installing over 40,000 LED lights.

The Government of India has made a historic increase in number of flights by getting constructed a new air civil terminal in Prayagraj. Prayagraj has been connected through air route to Bengaluru, Indore, Nagpur, Patna etc. A heliport is also being set up here and arrangements are being made to provide the facility of helicopter joy ride to tourists.

For the first time, the Kumbh Mela Area has been brought under the surveillance of Integrated Control and Command Centre and CCTV Cameras. As many as 1,22,000 toilets have been constructed and sanitary staff more than double in number as compare to the previous Kumbh have been deployed in Prayagraj Kumbh 2019.

Campaigns are in full swing everywhere to ensure that the banks of Ganga and Triveni remain clean and the water of Ganga Ji remains pollution free. Swachchh Bharat Mission and Namami Gange project are being successfully executed in Prayagraj. So far, 32 nullahs (drains) opening in the Ganga have been sealed. To control pollution in the Ganga, 04 schemes are being implemented in Prayagraj under the Namami Gange Programme. Out of these, two schemes have been completed and 90% work has been completed on the remaining two.