Verka celebrates National Milk Day : National Milk Day is celebrated in India on the birth anniversary of Dr. Verghese Kurien, the Father of White Revolution. To mark the occasion Verka distributed milk to underprivileged slum dwellers around the city. 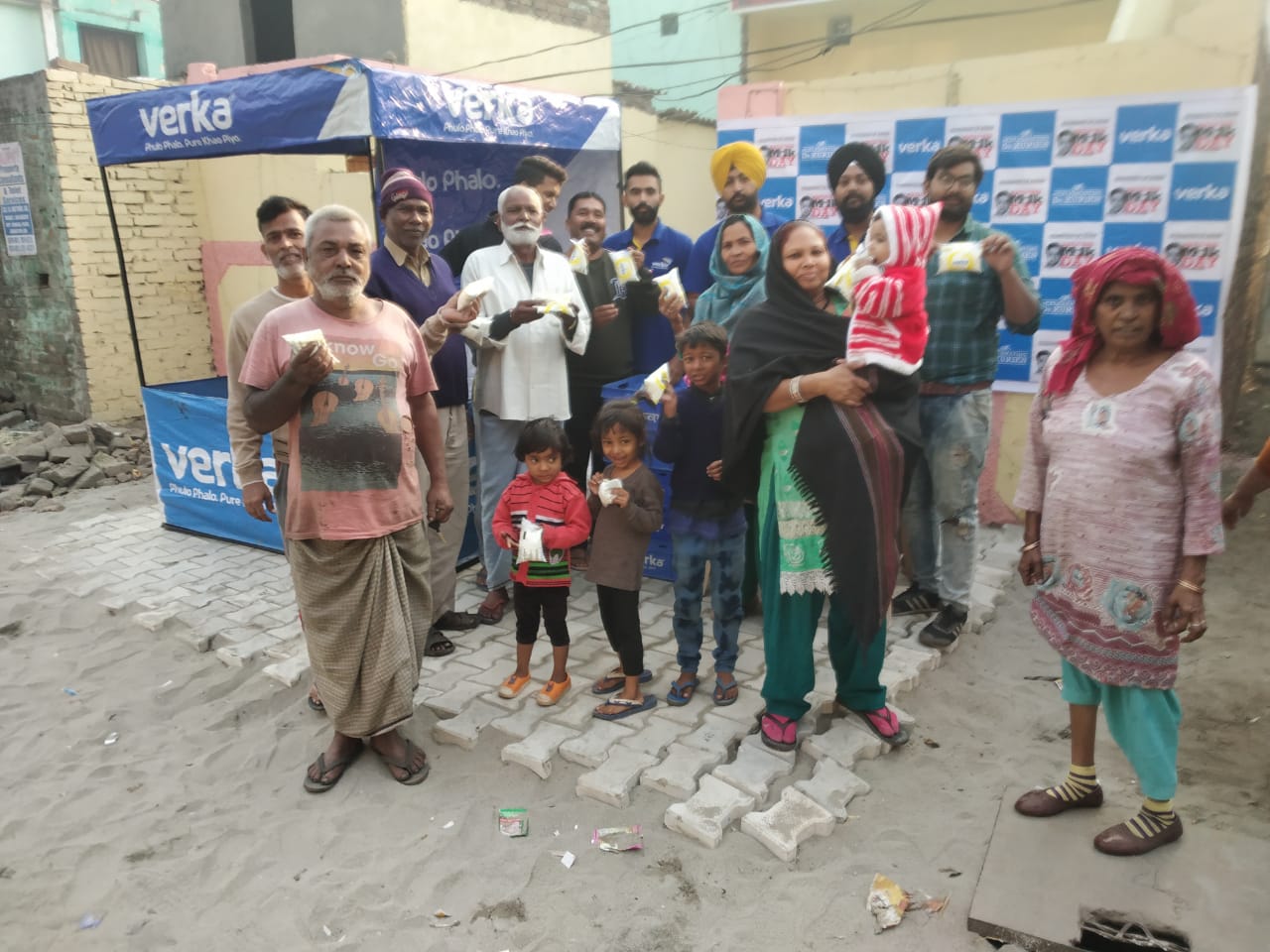 Milk consumption is deeply embedded in Indian culture and culinary traditions. Following the direction shown by Dr. Kurien, Verka has been working towards empowering India by empowering its dairy farmers. Verka stands by the values of giving back to the society; the same is reflected in the Verka’s method of functioning where about 80% of the profits go back to the dairy farmers. The activity conducted today is also about making a difference in the lives of less privileged ones.

Speaking about the activity Mr B.R Madan, GM Verka , said, “We pay our tribute to the father of white revolution, Dr. Verghese Kurien on his birth anniversary. It was his vision and persistent efforts that transformed India from a milk deficient country to the world’s largest producer. ” “Verka has been contributing towards enhancing milk availability for all and will continue to put in efforts to increase the production of milk”, he added.

Dr. Verghese Kurien was an Indian social entrepreneur known as the ‘Father of the White Revolution’ for Operation flood – the world’s largest agricultural development programme. Known as Milkman of India, Dr. Kurien was the founder Chairman of the National Dairy Development Board (NDDB) from 1965 to 1998, the Gujarat Co-operative Milk Marketing Federation Ltd. (GCMMF), from 1973 to 2006 and the Institute of Rural Management (IRMA) from 1979 to 2006, which are owned, managed by farmers and run by professionals.

Zee Cinema gives you a chance to become a lakhpati!

Tricity Gets its Own Gifts of Bread by Gourmet Empire