It is a matter of great pride that India will be sending close to an 800-strong contingent, including 575 athletes, to the Asian Games 2018. On the occasion of the campaign, Viviana Mall announced its support to ‘I & G partners in Sports’, a voluntary organization dedicated to promoting and raising the standards of sports particularly Hockey, Football, Athletics, Throwball etc. Viviana Mall has always been a source of motivation and has encouraged sports among the young players, they have a dedicated space for football and skateboard training. 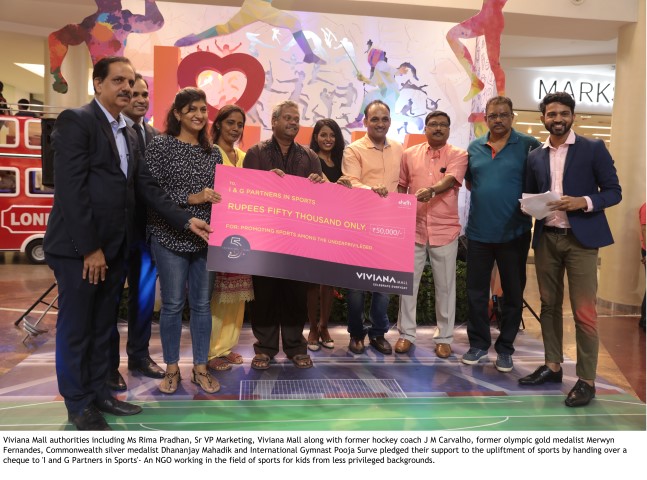 As part of Vision Viviana, which promotes the upliftment of the underprivileged, disabled and physically challenged, this initiative defines the values of the organization to contribute back to society. The mall has also always promoted physical fitness and has various initiatives that encourage both the young and old to keep and stay fit. Their football academy, skating rink, etc are shining examples of their vision to keep and make a fitter India

Commenting on this occasion, Rima Pradhan, Sr Vice President Marketing, Viviana Mall, said, “Our objective to initiate a signature campaign is to exhilarate Indian team. At Viviana Mall, we unflinchingly believe that sports need to be encouraged at all levels. This is a small contribution from our side to I & G partners in Sports, who provide quality coaching and training to kids who are looking forward to making a mark in sports. We hear stories about players starting their initial stage with broken sports equipment or limited means to train yet struggled to break through and won accolades internationally such achievements are possible when there is support and motivation.”