To coincide with the 9th Anniversary of the 26/11 dastardly terror attack on Mumbai,  VR Punjab organised an activity to drive home the message of spreading peace in the World. 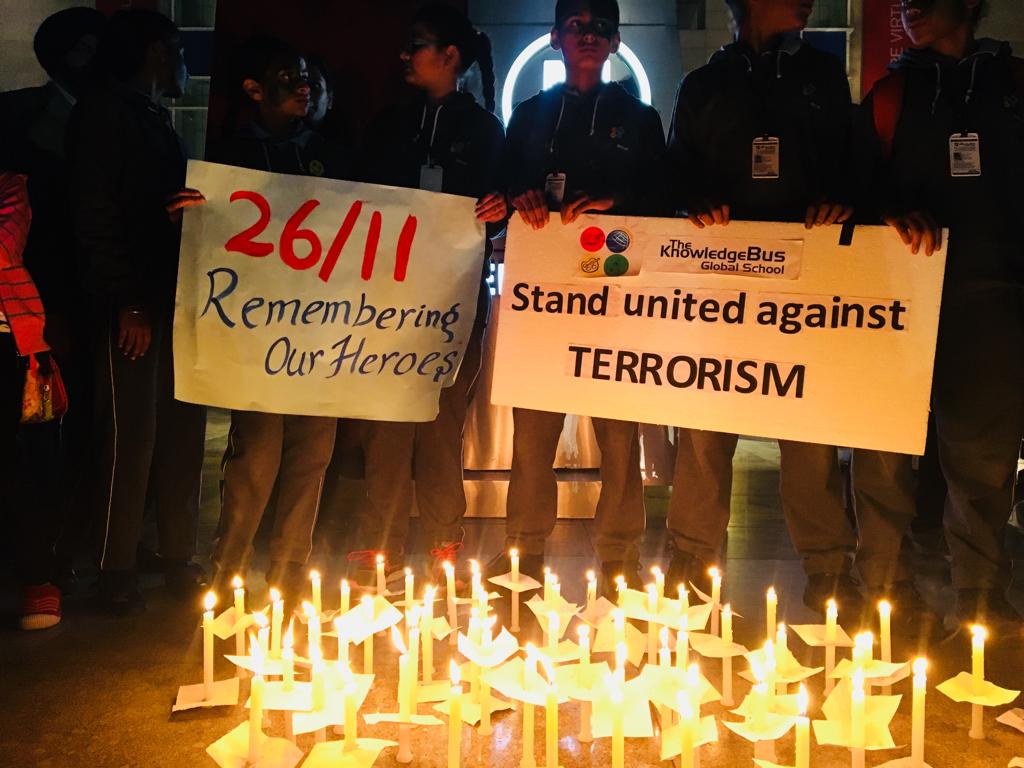 The theme  ‘Remembering India’s heroes and saying no to terrorism’ resonated strongly and as part of the event, VR Punjab hosted various activities for kids to promote the message of peace through a kids’ drawing competition, storytelling, flash mob by kids etc. The event culminated with a candle march by children inside VR Punjab. This paid tributes to innocent victims of the mindless 26/11 terror attack on Mumbai and paid respect to the members of security forces who countered & decimated the terrorists.

“Apart from shopping extravaganzas & other entertainment events, we at the VR Punjab Centre hold pertinent activities which aim at creating awareness about important issues  which have benefits for society. The 26/11 event was held to underline & make the community aware about the importance of World Peace.” Said Jonathan Yach – Director Operations, Virtuous Retail, the company that owns & operates the VR Punjab Centre.