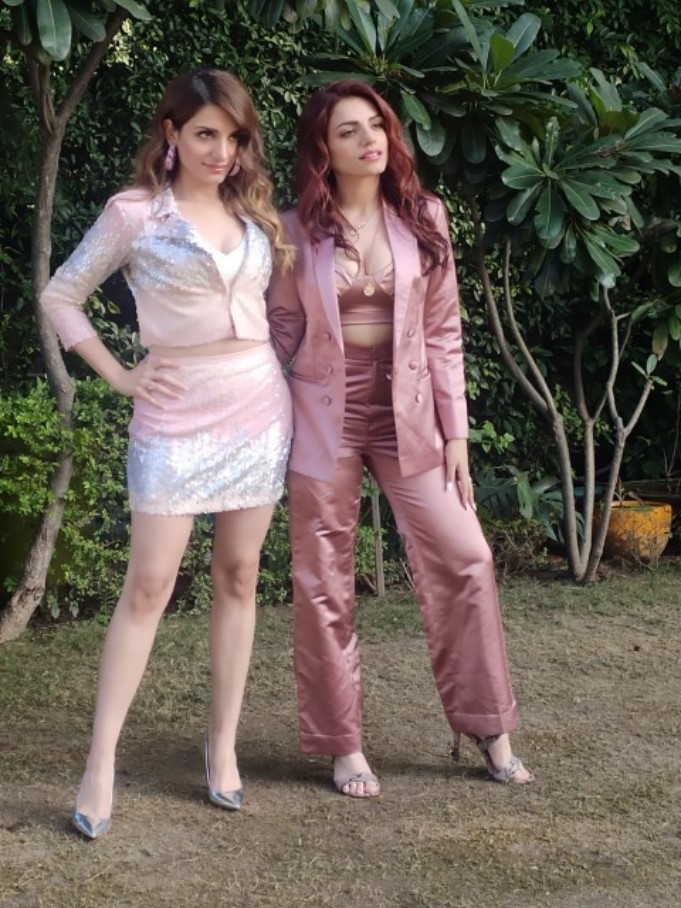 This song also features Arjun Bijlani, the television heartthrob, who is making his music video debut with this track.

‘Kehndi Haan Kehndi Naa’ is a melody that will make you want to get on your feet and groove while it tells you a fun-loving story. Written by Siddhant Kaushal,this song is sung and composed by Sukriti & Prakriti, and music produced by Rishabh Kantshares a melody which is deeply rooted to our Hindustani music culture that also carries a futuristic 2020 vision.

This song is a combination of smooth RnB guitars and glossy textures merged with melodies of Indian folk and authentic traditional instruments like Harmonium and Dholak.Tushar Kalia, a popular bollywood choreographer directed this vibrant and vivacious video, shot is the picturesque location of Armenia.

The video portrays a story of two mischievous, young beautiful sisters i.e. Sukriti & Prakriti who play their twin card and decide a prank on the handsome Arjun Bijlani by confusing him of their identities. Later, he realizes that he has been fooled and ends it on a friendly note. The song engulfs the fun and zealous moments of a newly formed infatuation which usually starts one-sided and in this case, it’s from a girls’ perspective.

Talking about the release,Sukriti and Prakriti share “The thought behind ‘Kendi Haan Kendi Naa’ is to make a mark on the pop-culture in India. This song is very special to us because this is our first track where we have infused various elements from RnB, folk to Dholak. Siddhanth Kaushal the lyricist and Rishabh Kant the music producer have added their charm to it. We are stoked to have collaborated with Arjun Bijlani who has taken the video to a whole new level. This is our third single in the world of non-film music and we are truly grateful to VYRL Originals for believing in our vision and supporting us as their artists to make our non-film music dreams come true! Starting 2020 with this being our first release of the year, we are so excited to share this with the world and also set the tone for the rest of the year. We are hoping everyone enjoys this as much as we did creating this one! Cheers”

Speaking about the first track of 2020, Vinit Thakkar,Senior Vice President, Universal Music India & South Asia,said, “There are a very few artist like Sukriti-Prakriti in our country who are enormously talented singers-song-writers, performers, composers and fashionistas, all at the same time. After the success of the their debut track with VYRL Originals ‘Mafiyaan’ in 2019, we are excited to start our 2020 journey with their next VYRL track ‘Kehndi Haan Kehndi Naa”. We have an amazing year planned ahead with them and I can’t waitto see the audience response on “Kehndi Haan Kehndi Naa”