Watch Operation Java Movie On Zee 5 Premium Release Date Cast Story & Plot: After the theatrical release, the most anticipated movie of India, “Operation Java” is all set to make its digital appearance soon. 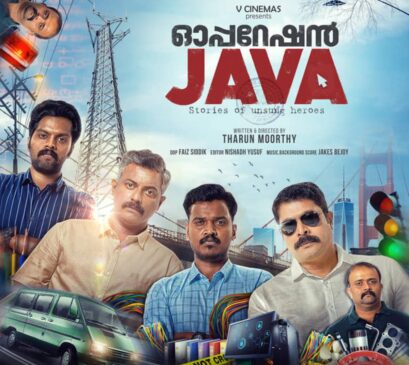 The movie made its theatrical appearance on 12th February 2021 and was released in the Malayalam language.

On the very first day, the movie did absolutely outstanding at the box office and later on, made a huge profit. Well, the movie was earlier scheduled to release last year in the month of May, however, due to the Wuhan virus pandemic, the release date was postponed further and also because of the same reason, the makers have opted for the OTT platform for the release of their movie, after running in theatres for 70 days.

The genre of the movie is crime, drama, thriller and police procedural and is directed under the direction of Tharun Moorthy and is produced by Padma Uday under the banner of V Cinemas International.

The writing of the screenplay is also done by director Tharun while the principal cinematography is done by Faiz Siddik and the editing work is carried out by Nishadh Yusuf. Jakes Bejoy has given the music while the distribution is done by Sree Priya Combines. The running time of the movie is approximately 2.5 hours, while it was released in the Malayalam language only.

The story of the movie, “Operation Java” is based on a legitimate criminal investigation handled by the Kochi police station cyber cell. Two jobless B.tech Graduates, Vinaya Dasan and Anthony George were hired by the cyber cell on a temporary basis. The two brilliant minds then showcased their intellect and helped the cybercrime cell to solve the leadless case.

The case of bank theft and robbery directly from the bank account of the people was going at an extreme pace in Kerala. Earlier the cops of Kerala thought that they were some normal robbery however, they realised that there is a whole nexus behind these robberies and they are using the digital means to rob the money of the innocents.

All their leads led them in the wrong direction until the two jobless B.Tech graduates entered and then led the case to new heights.

The movie “Operation Java” is all set to make its digital appearance on one of the biggest OTT platform, “Zee 5 Premium” on 15th May 2021, that is, on Saturday. The movie has done absolutely great at the box office and now is once again ready to entertain the audience with killer suspense, thriller and a lot of drama.

The trailer of the movie has also gained more than 1.6 million views on the official youtube channel of V cinema International. So do not forget to watch this spectacular movie on 15th May only on Zee 5 and stay tuned with us.