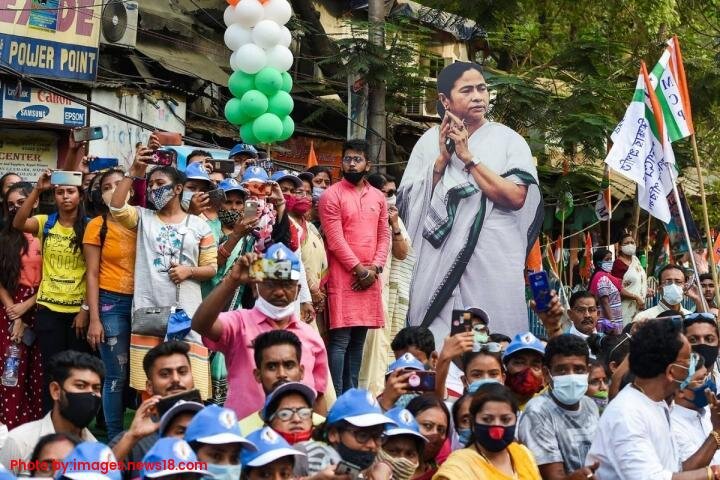 The BJP, which had left no stone unturned to dislodge the Mamata Banerjee government in the state is unlikely to touch the three figure mark in the 294-member assembly.

Listing the reasons for the below expectation performance of the party, a BJP leader said their strategy failed to deliver the desired results. “It seems that people have rejected everything from ‘asol poribortan’ to ‘khel shesh hobea’,” he said.

Another BJP leader said, “Our leadership failed to understand the pulse of Bengal and its culture. And that is the reason despite leading in 121 assembly constituencies in the 2019 Lok Sabha polls, we are facing difficulties to win over 100 seats in less than a two-year period.”

The initial analysis by the saffron party found that all the attempts to polarize the polls on communal lines failed. “People rejected politics of polarization or communal politics. Muslim votes polarized in favour of TMC while the Bengali Hindu also rejected communal politics and voted for the TMC,” a BJP leader said.

Another important factor for the BJP’s defeat was the absence of credible Bengali faces and making the election a fight between Prime Minister Narendra Modi and Banerjee. “From the very beginning, the party made it a contest between Modiji (non- Bengali) versus Mamata Didi (Bengali). In the absence of Bengali faces, Didi acted against us,” said the West Bengal BJP leader.

The saffron camp believes that the central leadership’s failure to understand the culture of the state was the key reason for its failure to uproot the TMC government. They believe that several actions of central leaders had hurt Bengali sentiments.

A West Bengal BJP leader pointed out that people of West Bengal did not buy Union Home Minister Amit Shah’s clarification that he did not occupy Gurudev Rabindranath Tagore’s chair at the museum at Vishwa Bharati University. Congress leader Adhir Ranjan Chowdhary had alleged that Shah sat on Gurudev’s chair. “People did not buy Shah’s clarification and they hit us hard for insulting Gurudev. It is not the culture of Bengal and people did not like it. People also did not like the ‘Didi o Didi’ jibe made by our leaders during the campaign,” he said.

The saffron camp also believes that four phases of the West Bengal polls amid the Covid surge worked against the BJP. “Urban voters in the last four phases voted against us for holding elections in a pandemic and the Centre’s failure to manage the situation.” a party leader said.

The results also showed that while Banerjee kept her hold in rural Bengal, the urban voters moved away from the BJP.