After being convicted by a special CBI court in a 2002 rape case, which led to widespread violence in Haryana, controversial godman and Dera Sacha Sauda chief Gurmeet Ram Rahim is currently lodged in Sunheria district jail on the outskirts of Rohtak. 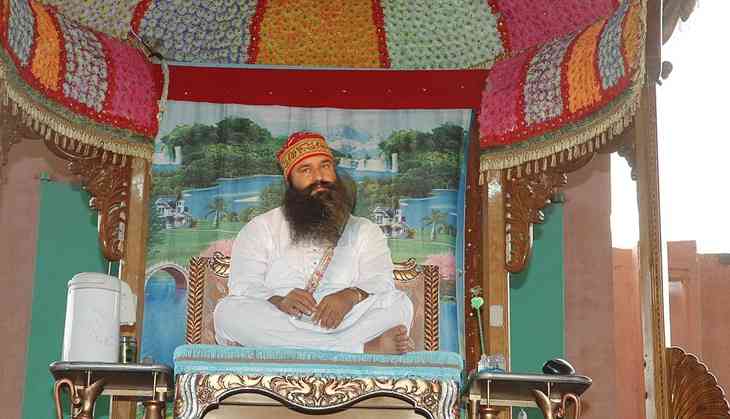 More than 30 people have been killed in the state – especially in Panchkula, where the court is located, and in Sirsa, Dera’s headquarters – following Gurmeet’s conviction, which has raised serious questions about the law and order situation in the BJP-ruled state.

While pronouncing his judgement, CBI judge Jagdeep Singh charged Gurmeet under Section 376 (rape) and 506 (criminal intimidation), for which the 50-year-old faces a minimum sentence of seven years and a maximum of life imprisonment.

Can his children run the show?

It is unlikely that Gurmeet would be released from jail anytime soon, which has led to questions about who would succeed the 50-year-old as the chief of Dera Sacha Sauda.

While there are many names doing the rounds, including those of his family members, it remains to be seen who Gurmeet deems fit to take over the reins of his controversial sect.

In these circumstances, several possibilities are being discussed including that of Gurmeet continuing as the Dera chief and running the show from prison. Since he has not made any announcements as of now, it is being speculated that he would run the show till he has exhausted all legal options.

Meanwhile, the possibility of one of his children taking over from their father are not being ruled out. In 2007, after CBI filed its chargesheet against Gurmeet on charges of murder and rape, he announced that his son, Jasmeet Singh Insan, would be his successor. However, it is highly unlikely that Jasmeet would be named the chief, since the Dera has special a rule which forbids any family member of the Dera chief from taking over.

Gurmeet, who took over in 1990, is the third chief of the Dera, which was founded in 1948 by Shah Mastana Maharaj. 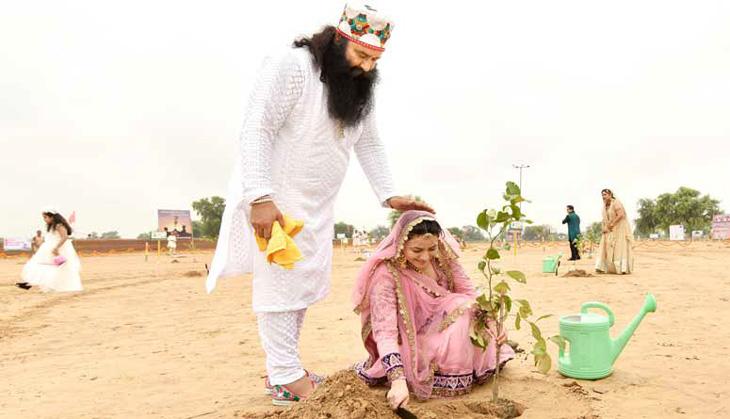 Apart from Jasmeet, the Dera chief has three daughters – Charanpreet, Amanpreet and Honeypreet Insan – who are also being seen as possible contenders to replace their father. Interestingly, Honeypreet is Gurmeet’s adopted daughter, which could nullify the clause of the successor not being a family member of a previous chief.

Reports suggest that 35-year-old Honeypreet is particularly close to the Dera chief, and has even acted in films starring him. In her Twitter profile, Honeypreet describes herself as “PAPA’s ANGEL, Philanthropist, Director, Editor, Actress!! Passionate to transform my Rockstar Papa’s directions into actions!”

She even has her own website, wherein her film career has been highlighted prominently. In fact, in one of the sections of the website, where she talks about the movie ‘MSG – The Warrior: Lion Heart’, she is quoted as saying: “It has been a wonderful experience working with my father. He inspired me. His talent, acting skills, sharp memory and overall contribution to the film made things easier.”

The website goes on to claim that her father possess traits like “creativity, imagination, talent, dedication and confidence”, and that she has inherited most of these traits from her father. Now it remains to be seen whether she gets to inherit Gurmeet’s ‘divine’ empire, which claims to have more than 5 million followers across the world.

The case for Vipassana

Apart from Honeypreet, another woman, Vipassana Insan, who is particularly close to Gurmeet, is also being seen as his successor. In fact, she is considered the No.2 in the Dera after Gurmeet by its followers, and reports suggest she is one of the few who has the freedom to take decisions on her own.

Vipassana is also the chairperson of Dera Sacha Sauda and has a team of 250 followers. In addition to being the chairperson, she has also been handed the responsibility of managing the Dera’s humainitarian welfare services.

In fact, on 25 August, after the arrest of the Dera chief, she made an appeal for peace to the followers.

Why naming a successor is crucial ?

The naming of a successor would be crucial for the Dera, which has property worth hundreds of crores spread across various parts of the country.

In Haryana alone, the Dera owns 700 acres of agricultural land, apart from a hospital, a gas station, an international eye bank, and shopping complex. Moreover, the Dera also has more than 250 ashrams across the world.

In case the successor’s name is not announced, there is a possibility of other sects luring away the followers, which could be huge setback for the Dera.

In fact, the right-wing brigade too is quite worried with how law has been catching up with babas and godmen. BJP Rajya Sabha MP Suramanian Swamy made an appeal on Twitter, pleading with godmen to appoint successors.

A new threat to Sadhus: Politicians& ashramites wanting to grab Ashram wealth by sending the Swamijis to jail. Sadhus must groom successors

Bikers on their pan India tour for raising Tibetan cause reaches...