NewZNew (Mohali) : Debunking the warring Saas- Bahu myth, a 59-year-old woman from Kurukshetra saved her daughter-in law’s life by donating her kidney. Both women are now doing well after having been discharged from the hospital following the successful kidney transplant at Max Super Speciality Hospital (MSSH), Mohali recently. 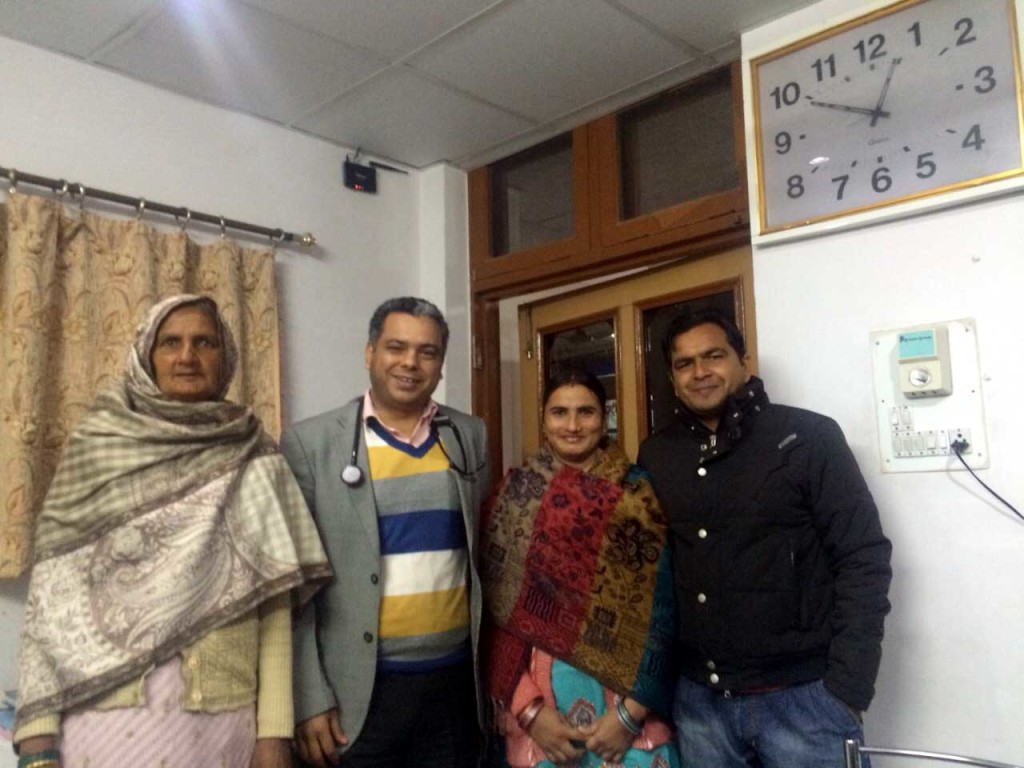 Weeping in gratitude, Manisha Devi (25) thanked her “good fortune” for having a kind hearted mother in law . She was diagnosed with end-stage kidney disease last year after which she approached MSSH, Mohali.

Manisha’s  husband Mr. Sanjeev said that all hell broke loose when my wife was diagnosed with dysfunctional kidneys which would require a transplant. This was the first such case in our entire family and community and we were extremely worried, emotional and upset. It was finally my mother Sushma who came forward and volunteered to donate her kidney, and luckily her kidney matched.

Dr  Munish Chauhan, , Sr. Consultant Department of Nephrology & Kidney transplant, MSSH Mohali, recalled how people were surprised to find a mother-in-law willing to donate a kidney to her daughter-in-law. The first reaction was that of disbelief, he remarked. Since Sushma’s  blood group was A, she could easily donate to her daughter-in-law who had similar blood group. “This was a routine transplant operation, but the emotional bonding between these women made it special, asserted Dr Chauhan.

Dr Sanand Bag, Renal Transplant Surgeon ay MSSH who performed the surgery pointed out that the law did recognize altruistic donors. Even friends could donate organs, but it should be proved to the government authorization committee that the donor-to-be and recipient would know each other for a decent period of time besides there was not a significant difference in their social status, said Dr Bag who also conducted a transplant in which a woman got a kidney from her childhood friend’s mother. The idea was to rule out any money transaction for an organ.

An emotional Sushma  said that my prayers have been answered by the Almighty. My kidney matched and my daughter-in-law has got a new lease of life. All I could do was appeal to people that they should not be scared of donating their organs and come forward to save lives.

Nowadays we have nuclear families where many siblings might not be open to donation, and in many cases it was the spouse, in-laws or unrelated people who would help the patients with kidney ailments, said Dr Chauhan.