World premiere of exhibition demonstrating the contributions of Nobel Laureates: The new traveling exhibition ‘For the greatest benefit to humankind’ was inaugurated today, 11 September 2019 in Mohali, India. 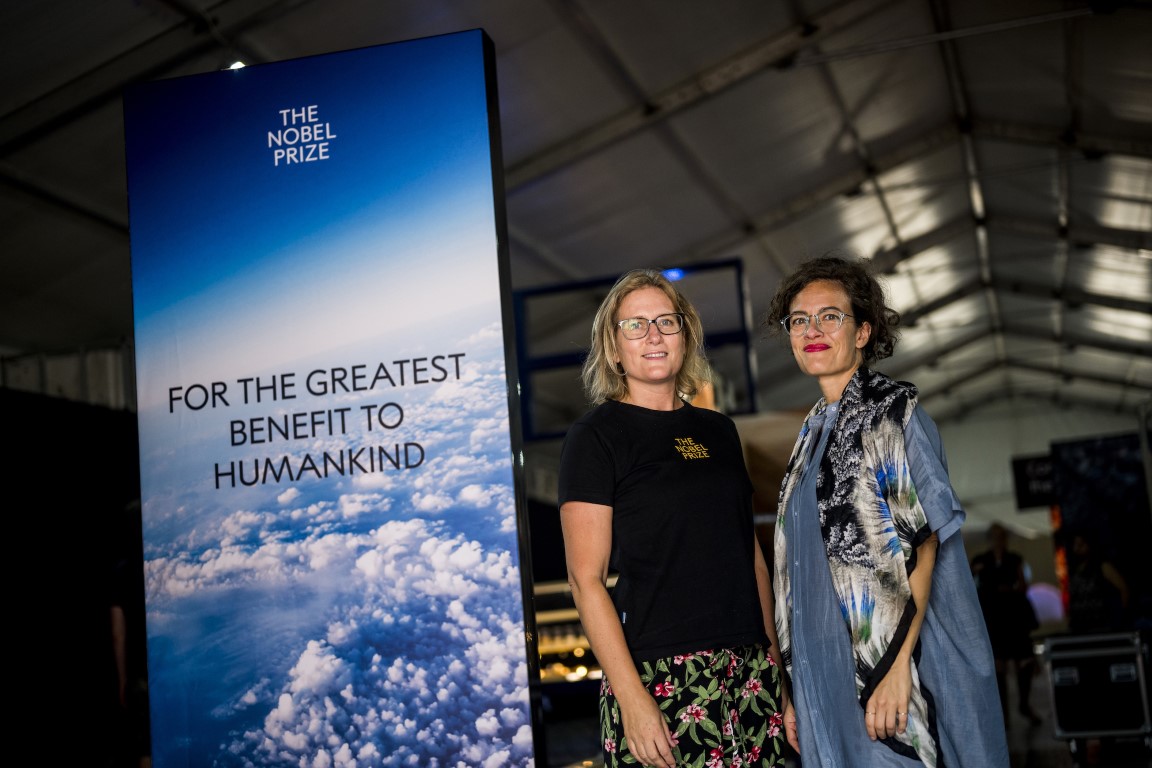 The world premiere is part of the Nobel Prize Series India 2019, a three-day programme that will also take place in Ludhiana and Delhi, highlighting issues related to education and learning. Nobel Laureates will give lectures and take part in roundtable discussions together with experts, teachers, and students.

The exhibition highlights how Nobel Laureates have made the world a better place – showcasing discoveries and achievements that have saved lives, fed humanity, connected people and protected the planet.

“Humanity today face many challenges, be it with regard to global warming, food shortages, illness or conflicts. The history of the Nobel Prize tells us that there is a way forward– science, literature, and peace efforts are capable of improving and changing the world. I hope many school children and teachers in the area will be able to visit the exhibition. We want to convey a message of inspiration to the younger generation through our exhibition and show that it is possible to create a better world,” says Erika Lanner, Director of Nobel Prize Museum in Stockholm, Sweden.

“The world premiere of Nobel Prize Museum’s new exhibition in Punjab as part of Nobel Prize Series India 2019, gives our teachers and students a unique opportunity to learn about world-changing inventions and the journey associated with them. DBT’s Partnership with Nobel Media has been very successful in inspiring thousands of students and teachers and this year the new exhibition has catalyzed a global dialogue of shared learning and experience. The young minds we inspire will be motivated to find novel and innovative ways of addressing global challenges,” states Dr.Renu Swarup, Secretary, Department of Biotechnology.

“Research and innovation are the tools that enable understanding of global challenges as well as finding solutions for the same. This opens new vistas of development leading to overall well-being. We are thus making all possible efforts to develop a strong community of researchers in the state as well as an ecosystem for innovations to thrive. The interaction with Nobel Laureates will indeed help immensely in igniting minds of our young researchers, students, and teachers to align their pursuits with the vision of the state Government,“ states Shri RK Verma, IASPrincipal Secretary to Govt of Punjab, Department of Science Technology and Environment.

Also Read :   Physical impairment can not stop your journey

The Nobel Prize Series India 2019 brings Serge Haroche, who was awarded the 2012Nobel Prize in Physics and Kailash Satyarthi, recipient of the 2014 Nobel Peace Prize. They will be accompanied by JuleenZierath, professor of clinical integrative physiology and a member of the Nobel Committee at Karolinska Institutet in Sweden. May-Britt Moser, who was awarded the 2014 Nobel Prize in Physiology or Medicine, will take part in a virtual session.

“The Nobel Prize shows that humanity can change the world for the better – and it starts with education. Investing in education is investing in the future. Education enables us to become active citizens and reach new insights in our quest to understanding ourselves and our universe. By making education accessible to everyone, we can make sure that human potential does not get wasted.”

The Nobel Prize Series inspires people to seek knowledge, ask questions and contribute to improving the world. By sharing achievements and stories of Nobel Laureates with a global audience, the program encourages engagement in science, literature, and peace in line with Alfred Nobel’s vision.

As part of Nobel Prize Series India, a special conference for teachers took place at National Agri-Food Biotechnology Institute (NABI) in Mohali on 11 September. Discussions were around how to keep on improving education to make students reach their top potential. How did the Nobel Laureates learn all the things they needed to make such a difference in the world? What do they think are important skills and methods in teaching?

On 12 September Nobel Prize Series Lectures will be held at Punjab Agricultural University. This will be followed by student round tables and further discussions. On 13 September Laureate Kailash Satyarthi will be making school visits in Delhi.