Yes, It Does Matter What Trump Said During That Phone Call: Do you remember when facts were important? We do. Those were fine days. If there was a debate happening somewhere in the world, you could simply look up the facts, everybody had an answer to the debate, and we could all just carry on with our lives. 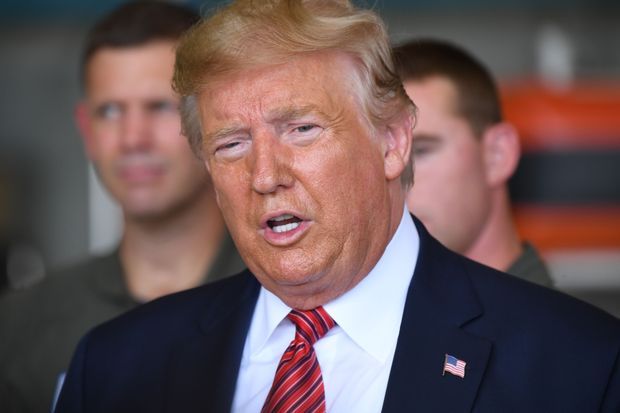 We miss those days. We wish they would come back.

Sadly, facts are hard to come by in the current political sphere. An event will happen, and both sides of the political divide will immediately run to the media and portray it as two completely different things.

The facts are still there somewhere in the background, but it’s no longer possible to distill them, and separate them from the endless bluster and spin which is placed upon them. In these dramatic and always-entertaining years of Donald Trump’s Presidency, this is a more significant issue than it ever has been in the past.

Whatever you think of the President politically, it’s impossible to deny that his relationship with the truth is economical at best. Independent fact-checkers have concluded that he has either lied (or at least made misleading statements) no less than 12,000 times since he took office.

Because of his track record, it’s easy for his opponents to present everything he says as a lie, but that isn’t fair. Sometimes the President is telling the complete truth. The problem is that when he does so, the opposition insists it’s a lie anyway.

As accusations are shouted from both sides, facts and truths get lost in all the noise. Right now, with a formal impeachment inquiry about to begin, the need for absolute certainty is more acute than ever. We just wish we had more confidence in our politicians to locate and identify it.

We’ve Been Here Before

This is not the first time there has been a major political scandal during the Trump Presidency. It sometimes feels like scandals have dominated his entire time in the White House, whether he’s deserved them or not. We’re still recovering from the outcome of the long and tedious Mueller affair, which either condemned or vilified the President depending on where you prefer to get your daily printed or televised news.

The right laughed the left for getting their hopes up, and the left was furious that the right didn’t seem to find any fault in their President despite Mueller’s pronounced criticisms. The truth – insofar as it’s possible to extract anything from the situation – is that Democrats were disappointed that Mueller hadn’t provided them with a silver bullet with which to take out their hated enemy.

As the New Yorker said at the time, Trump definitely looked bad, but there wasn’t enough there to end his Presidency.

If the two partisan sides couldn’t agree on what Mueller’s report did or did not say about the President, what hope can we possibly have that they’ll agree on the content of the President’s now-famous phone call with Ukranian President Volodymyr Zelensky? The outcome of the forthcoming impeachment hearings will likely rest on how people interpret the call, but can we rely on anybody in the House or the Senate to approach the transcript with an open mind?

The base for the impeachment hearings is that Trump effectively asked a foreign power to interfere in a coming US election. His critics will say that he has form for this. The transcript of the call released by the White House confirms that Trump did indeed ask Zelensky to investigate corruption claim against the son of Joe Biden. Joe Biden, of course, stands a good chance of being Trump’s Democratic opponent in the next Presidential election.

On one side of the debate, the President’s critics feel that there is no justification for a US President to interfere in the internal affairs of a foreign power. They’ll also point out that Joe Biden is not responsible for the conduct of his son, and that Trump is using his power to extract potentially damaging information about a political opponent from a third party.

On the other side, Republicans will point out that the moral fabric of a Presidential candidate and their family is absolutely relevant to voters, and that Trump did not directly incentivize Zelensky to acquiesce to the request. They’ll try to pass it off as little more than a normal conversation between two world leaders.

Where things get complicated is the fact that Ukraine is currently subject to economic sanctions from the United States of America. Those sanctions are costing millions of dollars to the Ukrainian Government, and Ukraine would love nothing more than to see those sanctions lifted. While Trump didn’t make any promises to Zelensky – at least not in the transcript of the call released by the White House – the whistleblower who reported the phone call insists that a promise was made. We’re left to assume that the alleged guarantee related to Trump easing the sanctions in return for the investigation against Biden being re-opened.

If that’s true, then it’s a plain-as-day case of bribery. Imagine you’re a social media influencer. You’ve logged yourself logged into a slots casino. You want to keep playing, but you’re out of money. A chat box pops up, and the mobile slots website has a proposition for you. They’re happy to provide you with a line of credit, but only if you use your position as an influencer to disparage a different mobile slots brand, and therefore improve their position in the market. In return, not only will they provide you with a line of credit, but they’ll also provide you with a jackpot next time you play. The advantages of you taking the offer are obvious, but doing so would clearly be immoral. It would not, however, be illegal.

Unless the Democrats are able to locate more evidence of the whistleblower’s accusations than they currently seem to have knowledge of, then they may well find that their impeachment inquiry reaches the same conclusion. The undertone of Trump’s conversation with Zelensky – whether he made a verbal promise or not – is obvious. It just probably isn’t illegal, and if it isn’t illegal, the President isn’t going anywhere.