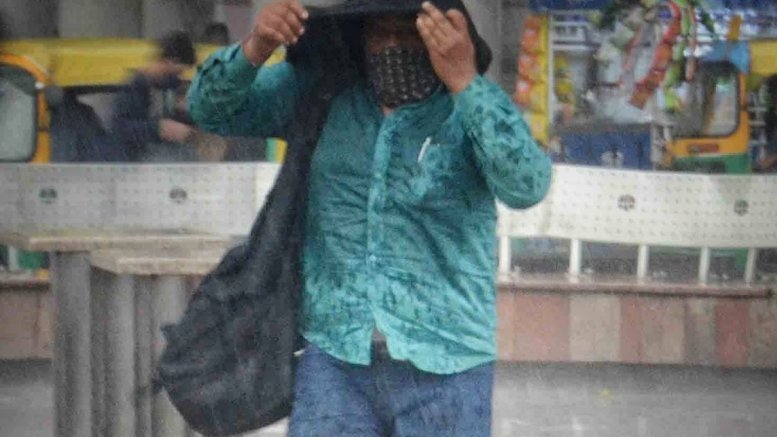 The India Meteorological Department (IMD) has given several dates for the monsoon to reach the parched city, including for Saturday, but it continued to miss its mark.

In a bulletin later on Saturday, IMD had predicted that rains will take another 24 hours to reach the capital, but the much needed rain drops were still awaited till Sunday evening.

Due to unprecedented delay in monsoon, Delhi and its neighbouring areas have reeled under near-heatwave conditions for over the last two weeks.

The continued delay in the arrival of monsoon has prompted Delhi’s regional weather forecasting division to revise its weekly projections too. In its earlier prediction, Delhi was supposed to see light to moderate rain, alongside thundershowers, which now has predicted only light rain and isolated thundershowers through the week.

In a tweet on Sunday, IMD said, “Thunderstorms with light to moderate intensity rain would occur over isolated places of South-Delhi (Ayanagar), Charki-Dadri, Yamunanagar, Manesar (Haryana).”

Meanwhile, with a number of challenges even when IMD has significantly improved its predictions for South West monsoon over the years, to a question raised by a journalist, Madhavan Rajeevan, Secretary, Ministry of Earth Sciences, said, “We just don’t download someone’s model forecast to provide users. We have one of the best end-to-end forecasting systems, thanks to the Monsoon Mission. Trust us, we are one of the best and we will keep improving. Our forecasts sometimes can go wrong.”

This year, the rains were first predicted to make a record early march across the country, initially predicted to hit Delhi by June 13-15. But in the latter half of the month, the progress slowed down before it eventually stalled and entered a three-week break phase.