Home Health Yoga and Spiritual Organisations should unite and learn to embrace each other:...
Facebook
Twitter
WhatsApp
Email
Print 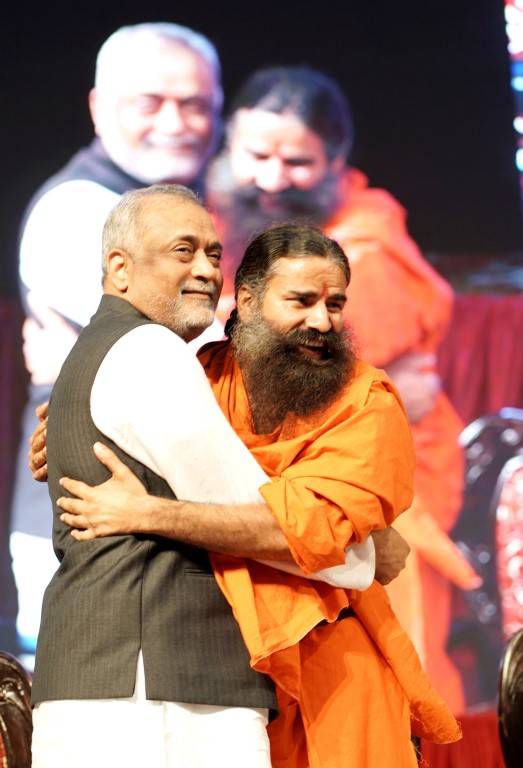 Addressing the august gathering Daaji said, “what is the point of talking about yoga if we cannot love each other” – this simple yet profound statement touched a chord with the audience who then gave a standing ovation. Inspired by the talk Baba Ramdev hugged Daaji when he was walking to take his seat and announced in his talks that he would host the next yoga day at Heartfulness global headquarters in Hyderabad.

Daaji touched upon how people very closed to him have benefitted from other yoga and spiritual practises and he said, “that if great organisations like Baba Ramdev’s, Brahmakumari’s and Heartfulness Meditation practised across 160 countries come together, humanity as a whole can hugely benefit and transformation can be achieved sooner.”

He highlighted the benefits of Yoga and meditation for physical, mental and spiritual well-being. This is especially true in today’s fast paced world whereheart problemsand other chronic illnesses are impairing our lifestyle.

Daaji was the Guest of Honour at the Ministry of AYUSH International Yoga Conference on Yoga for Heart Care, held on 15 and 16 November 2019 at the Karnataka State Open University, Mysuru.

Daaji’s practical teachings arise from his personal experience on the spiritual path, while also reflecting his deep spirit of enquiry and respect for the world’s great spiritual traditions and scientific advancements. Having started a spiritual practice while still a student, Daaji is also a family man, and built up a pharmacy business in New York City for over three decades before being named the fourth in a century-old lineage of spiritual masters in 2014.

Daaji further added, “without the heart and without the interest you cannot have union.The whole system physical,mental and spiritual will disintegrate the moment this hridya chakra disintegrates. Yoga ensures the entire human system must at all costs be harmonised. For that to happen we need to change our consciousness.  The Great Swami Vivekananda, whom we all revere so much and heard so much about, used to say, the only goal of human should be to adopt spiritual practices by allowing to improve to consciousness to such a level that it can reach the highest super conscious state.”

On 7 August 2019, the Heartfulness Institute and the Morarji Desai National Institute of Yogacame together to offer joint courses in Yoga. The first Foundation Course in Yoga Science for Wellness under this partnership was successfully held at Kanha Shanti Vanam, the international centre for Heartfulness near Hyderabad, on 1 to 7 November 2019.To learn about upcoming programs: https://heartfulness.org/education/yoga-trainers/national-yoga/.

Further, on 11 November 2019, the Honourable Gajender Singh Shekhawat, Jalshakti Minister, laid the foundation stone for a world-class AYUSH Wellness Centre at Kanha Shanti Vanam. The centre will offer all AYUSH traditions, includingAyurveda,Yoga & Naturopathy, Unani, Siddha, Homeopathy, and the Tibetan Sowa-Rigpa. The facility will be equipped with 540 beds, infrastructure for research and storage of medicines, housing for specialists, teachers, doctors and nurses, and training facilities to impart AYUSH courses. 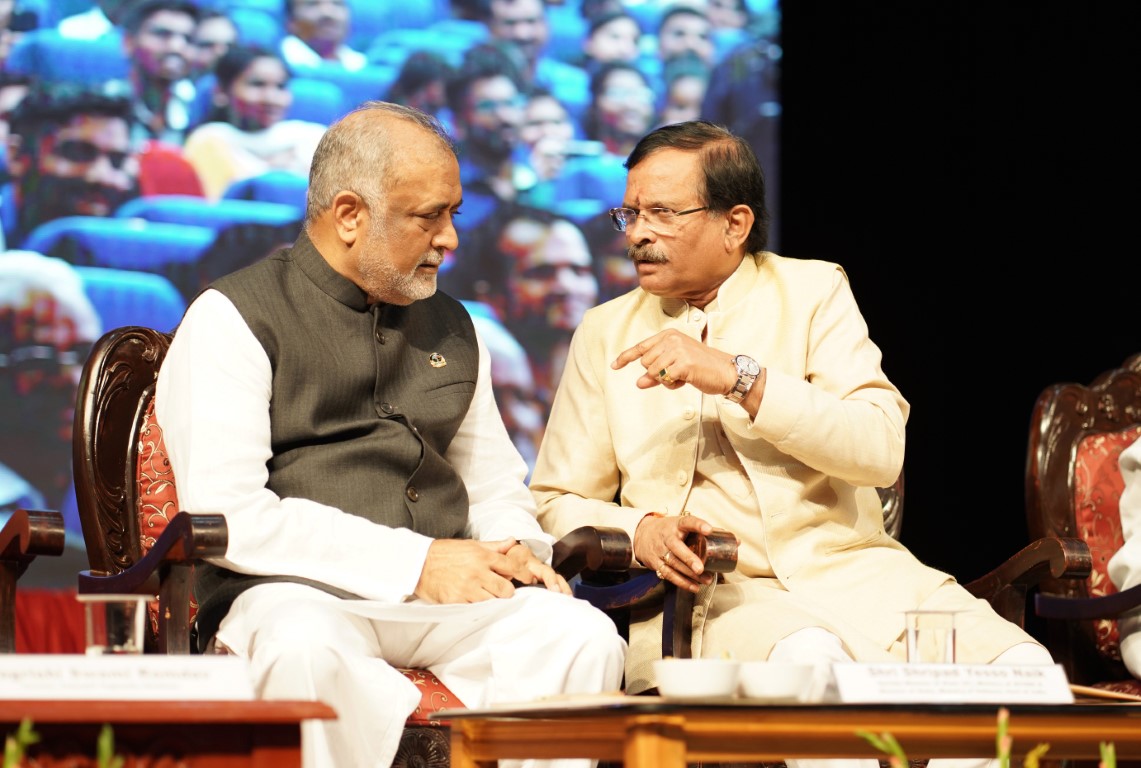 Direct experience is the foundation of the Heartfulness approach, and various research studies have been published on the benefits of Heartfulness Meditation practices on sleep, wellness, happiness, and motivation. In collaboration with TerraBlue XT, Heartfulnesshas also launched an innovative study to explore mental health states as a basis for therapies. The results have not only shown that it is feasible, but have also confirmed that Heartfulness Meditation ensured a deep state of meditation. A device to measure the meditative state willbe launched in collaboration with TerraBlue XT on 16 November 2019, the second day of the conference.