NewZNew (Tech.) : ZTE on Thursday launched the successor of its Star 1 smartphone, ZTE Star 2 (DB LINK), in China at CNY 2,499 (roughly Rs. abc). There is no information on the global availability of the smartphone. The firm added that it will be showcasing a number of flagship devices at the upcoming CES 2015 event in January.

The Chinese smartphone maker is touting its Star 2 to sport a system-wide voice control feature that is functional even when the device is offline and without any network connection. ZTE claims the average response time of the improved voice recognition technology in the Star 2 is 1.2 seconds with 90 percent success rate.

The ZTE Star 2 smartphone runs Android 4.4 KitKat (via GSM Arena) along with its own MiFavour 3.0 UI. Featuring a 5-inch full-HD display, the device is powered by a quad-core 2.3GHz Qualcomm Snapdragon 801 processor and 2GB of RAM. 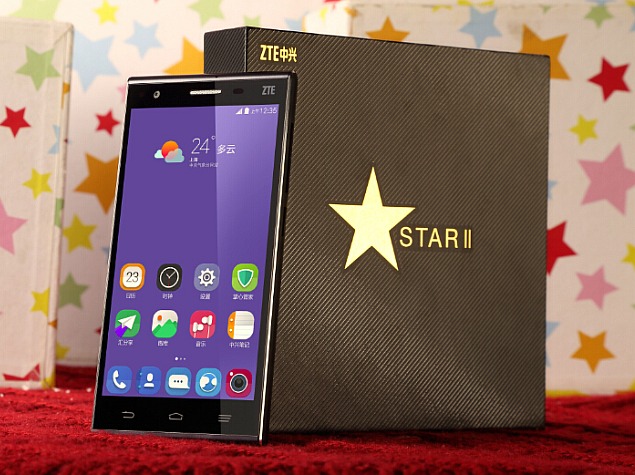 A 13-megapixel rear camera with dual-LED flash and a 5-megapixel front-facing camera with 88 degree wide lens and f/2.2 aperture is also housed in the Star 2. Users can launch the smartphone’s camera app by simple drawing ‘C’ on the screen.

While all the dimensions of the ZTE Star 2 are not yet known, the company however adds that the device is 6.9mm thin and flaunts 1.18mm-thin bezels. The overall design of the handset is similar to the Star 1, which was launched in April this year.

It is worth noting that ZTE earlier this month launched its Grand S II smartphone in India at Rs. 13,999. The smartphone was initially announced at CES 2014, and went on sale in China in April priced at CNY 1699 (Rs. 16,375 approximately).

Volkswagen Celebrates its 10th year of Association with Lally Motors in...