NewZnew (Chandigarh) : Result of Bank PO and CLERK Exam conducted by IBPS has been declared today. IBPS, is a Pune based recruitment body which conducts exam for the selection of Probationary Officer (PO) and CLERK for all 21 Public Sector Banks like Bank of Baroda, PNB, Canara Bank except SBI. This year a candidate scoring 49.90% has become a Probationary officer in Bank. Total 12000 students have qualified as Probationary officer from all over India. In comparison to last time’s 49.60 % cut-off has increased to 49.90% for final selection. 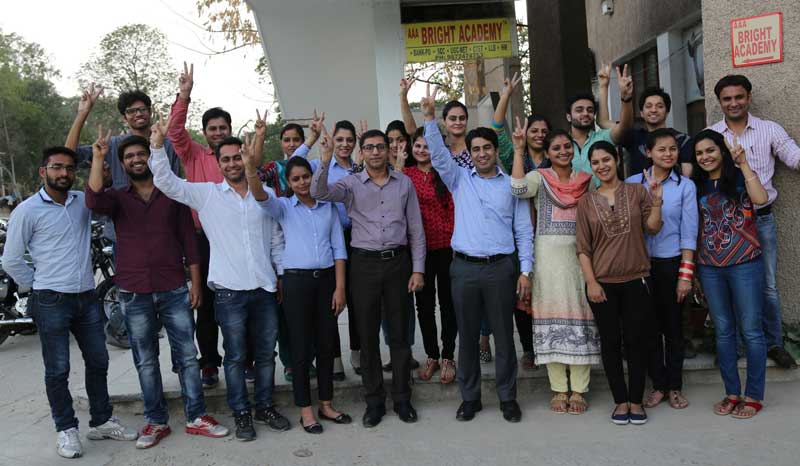 R.K Mahajan Director of Sector 15 Based AAA-BRIGHT ACADEMY said that Students from the tri-city have performed very well this year. Out of 15000 candidates appeared from Tricity more than 1500 students have qualified Bank PO and CLERK exam. R.K.Mahajan further said that 625 students have cleared the exam from AAA BRIGHT ACADEMY.

The future in the banking sector attracts a lot of students as 20 lakh students applied for this year’s PO and CLERK exam.

NO INTERVIEW IN BANK CLERK EXAM FROM 2015 ONWARDS

According to R.K.Mahajan government had given directions to IBPS that there will be no interview for bank clerk exam from 2015 onwards .So this year final selection in Bank Clerk exam has been made on the basis of written exam only.