newznew (Chandigarh) : Mega Sports event of City Beautiful “EXOTIC GRANDEUR Big Chandigarh Marathon season 5” was held today on the city roads in Association with  Exotic Grandeur, a project of Exotic Realtors and Developers The message being given through this marathon was  ““Our City Our Pride” for residents of the tricty. The marathon was divided into two parts one for General Public 5km Run for Pride and other Half Marathon 21.1 kms for professional runners.    The Marathon generated tremendous response & wonderful life time experience for thousands of Chandigarhians. The highlight of the EXOTIC GRANDEUR Big Chandigarh Marathon season 5 was the entertainment quotient added by the presence of Celeb Stars like Gippi Grewal, Mandy Thakar, Karamjeet Anmol and Jaggi Singh. 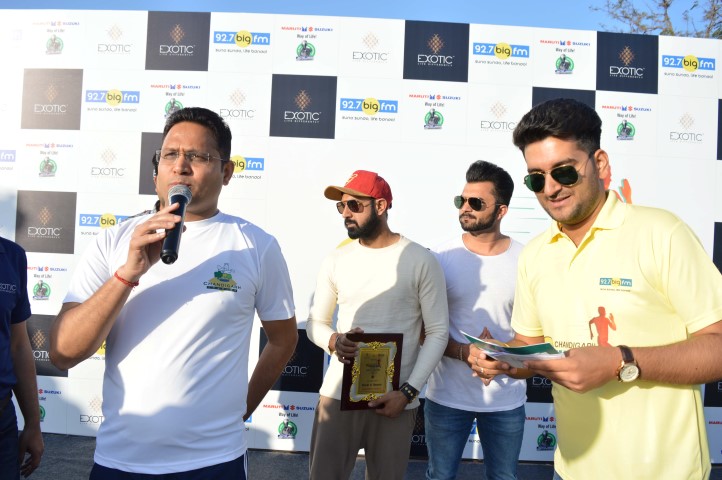 Over 800 participants ran for the Half Marathon &  Amateurs, Students from Schools & Colleges, Employees, males & females, General Public including Sr Citizens turned out in 5 km SMART CITY RUN  as a part of biggest sports event of Chandigarh .The event saw maximum turnout in the 5 Km ““Our City Our Pride” with residents of Tricity and many more joining from other neighboring states.

Big Chandigarh Marathon-Season 5 offered Prize money amounting to Rs 2.5 lakh for the winners in different categories in 21 Kms Half Marathon  . The Half Marathon was a close race amongst elite runners. Finally winning top honour of Half marathon being picked up by: 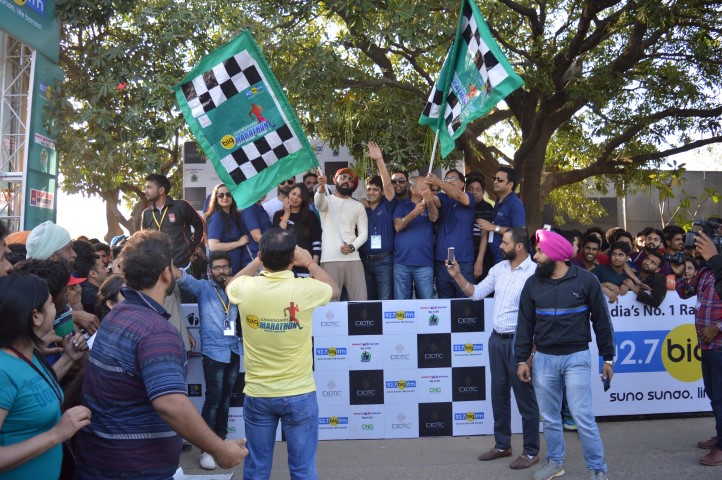 Speaking on the occasion BIG FM spokesperson said that we as responsible corporate citizens are always at the forefront of taking such initiatives which bring about productive & noble social changes in the growth of the city. Spokesperson of EXOTIC Group said that, “It is a matter of pride for us to get associated with Big FM to promote Big Chandigarh Marathon, season-5. We have joined hands with them as there is a synergy in our thought process to promote the concept of Smart City.

Our upcoming project “EXOTIC GRANDEUR” has everything that makes it a smart living option for the tri-city residents. Starting from the provision of Wi-fi, 24×7 CCTV surveillance, jogging tracks, security access to each apartment & ample parking space to procuring the 1st GREEN BUILDING certification (pvt. sector) from GRIHA to ensure a healthy environment and achieving a 5 STAR rating from CRISIL.

The 30 years Legacy of un-match construction quality by Exotic Group has been aimed at giving a smart environment to the residents of city beautiful”. Elaborate traffic arrangements were made by Administration & Organizers for the event, also keeping every aspect in mind to make the marathon successful and flawless.