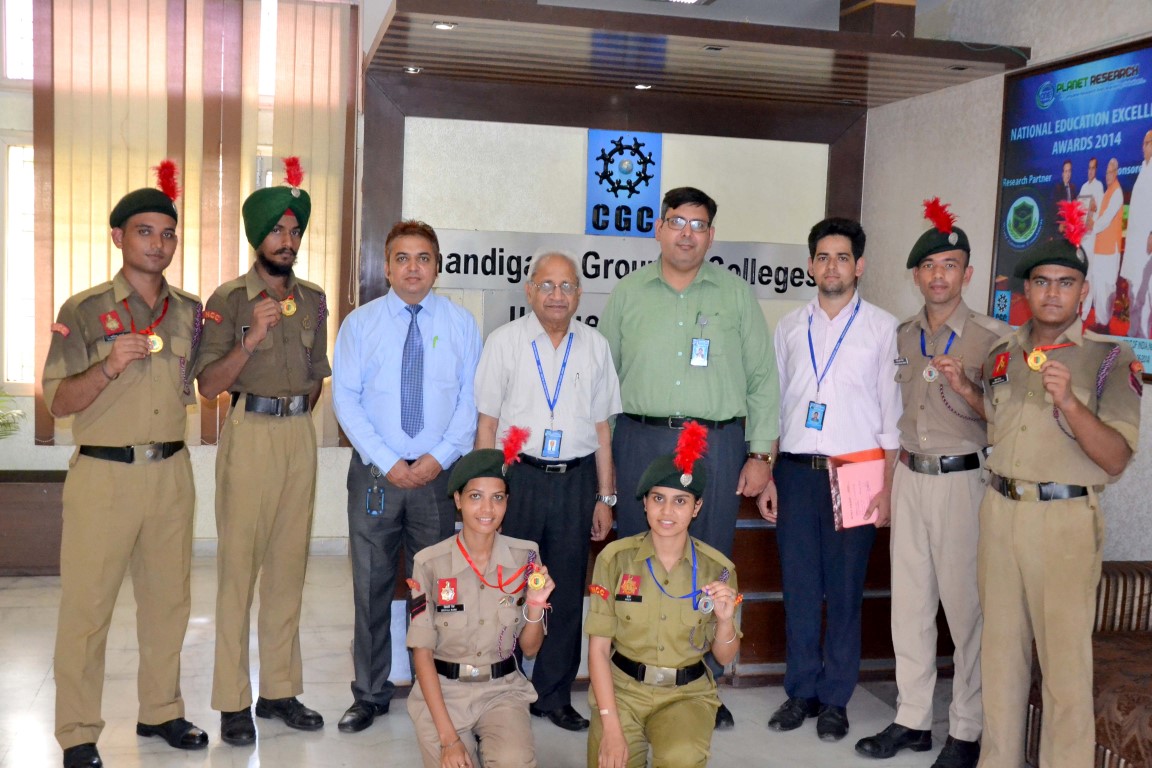 B certificated students do not require to appear in written test for the recruitment of officers in Indian Army; instead, they become eligible to appear for direct interviews to be conducted by Services Selection Board.  The students of second batch have already appeared for B certificate examination for which the results are likely to be declared within the next few days.

Congratulating the NCC students & their incharge, Rashpal Singh Dhaliwal, President CGC said that NCC Unit is a valuable asset of Jhanjeri campus. The students are help in maintaining discipline in functions. Dr. G.D.Bansal, Director General said that the NCC cadets of CGC Jhanjeri have been winning highest number of prizes in all the Annual Training Camps NCC students has also represented Punjab, Haryana, HP & Chandigarh in Republic Day parade held in New Delhi on Republican Day.