Home Breaking News 252 Lakshites selected out of 371 students for JEE Advanced 2016
Facebook
Twitter
WhatsApp
Email
Print
Telegram
NewZNew (Chandigarh) : Punjabi students continued their dominance in the Joint Examination Entrance-Main, the results of which were announced by the Central Board of Secondary Education on Wednesday. Danish bansal of Lakshya Institute   securied 301 marks.  Pranav Chawla  got  299 marks among other 13 Punjabi students scored marks above 250 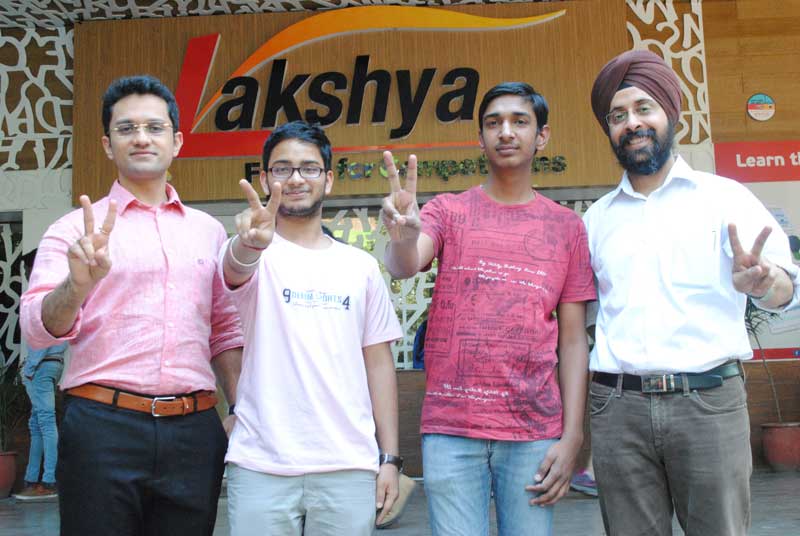 Speaking to media  an elated  Danish Bansal who appeared in the offline mode of JEE Main, said he did expect a good  score in the examination.  “I will repeat the same success in the JEE Advanced. I want to pursue computer science engineering at Indian Institute of Technology-Mumbai,” he added.  The CBSE also announced the cut off mark for appearing for appearing JEE advanced. For general category, the cut-off mark is 100, 70 for other backward class, 52 for Scheduled caste and 48 for Scheduled tribes.
Sahil Harjai, executive Director , Lakshya thanked students and their parents for having faith in Lakshya ,Punjab’s leading Institute in producing Medical and non Medical Selections from past one Decade, we maintained its streak of success by producing 252 qualify out of 371 students for JEE Advanced 2016.
Of the total qualified in the entrance test, two lakh students would be eligible to sit for JEE Advanced scheduled on May 22. All eligible candidates have to register online at http://jeeadv.nic.in from April 29 to May 4 and admit cards can be downloaded from May 11 to May 22.  The results of JEE Advanced will be declared on June 12. The JEE Advanced is conducted for admissions into Indian Institutes of Technologies. The CBSE will declare separate ranks list of JEE main for admissions into BE/BTeach, BArch/BPlanning in the National Institutes of Technology and centrally funded technical institutes other than Indian Institutes of Technology on or before June 30.  The ranks are calculated by taking 60 per cent of JEE Main and normalized score (40 per cent weightage) of intermediate public examinations.
Also Read :   Rs. 200 Notes are coming out next month!!! RBI stops printing Rs 2,000 notes