NewZNew (New Delhi) : Still licking their wounds after a sound thrashing in the lung opener, India will have to regroup quickly and plug the loopholes when they take on a determined West Indies in the second cricket one-dayer here on Saturday. Starting the series as overwhelming favourites, India’s inept batting in the first match led to a crushing 124-run defeat against a side, which was threatening to pull-out of the series due to a payment dispute with their parent body and cricketer’s union. The Caribbean players did a commendable job, leaving behind distractions and disappointment of not having atleast their top two players – Chris Gayle and Sunil Narine – in the side.

If Gayle was recovering from a hamstring injury then off-spinner Narine, who had to miss the Champions League T20 final for Kolkata Knight Riders because of being called twice for chucking, was withdrawn from the series to work on his action. India though will hope to draw level at Feroz Shah Kotla, where pitches have improved off late and a keen contest is on the cards. However with India’s World Cup preparations starting with this series, Mahendra Singh Dhoni will be looking to set his combination in order before the team travels Down Under in six weeks time. The batting slots are more or less fixed even though the side was shot out for a paltry 197 on a belter of a track at Kochi.

The biggest concern is Virat Kohli’s prolonged lean patch since the tour of England. Even former skipper Sunil Gavaskar has spoken openly about Kohli’s technical flaws but opined that the talented batsman should be dropped down the order to make him get back to his run-making ways. India’s fortunes in this series and their title defence in the upcoming 50-over showpiece event depends a lot on Kohli’s form.

The only spot that is not confirmed is that of Ambati Rayudu, who has got a break due to Rohit Sharma’s injury. Rayudu has not exactly set the stage on fire and would like to make best use of the opportunities before a fit-again Rohit is available for selection. The opening slot is also a matter of concern as Shikhar Dhawan, who was top -scorer in the first match, didn’t look convincing with his shot selection. With Murali Vijay in the dressing room and Unmukt Chand waiting in the wings, the team management would expect Dhawan to pull up his socks. Bowling is also a big worry for India as the hosts conceded 321 runs — another 300 plus score on home soil in the past one year.

The spinners leaked 142 runs in 22 overs in Kochi and that cost India dearly. The hosts would expect their spinners to do better in home conditions. While Dhoni did not criticize his bowlers but the spin duo of Ravindra Jadeja and Amit Mishra performed below-par while Mohit Sharma and Mohammed Shami, who did bag a four-wicket haul, bowled too many loose deliveries. Ishant Sharma’s return will bolster the bowling attack, though it remains to be seen whether Dhoni inducts the lanky pacer into the XI. Sharma has been drafted into the team in place of an injured Mohit Sharma. It will be interesting to see if chinaman bowler Kuldeep Yadav is blooded since Dhoni does not believe in too much chopping and changing. West Indies on the other hand are heavily dependant on senior players like captain Dwayne Bravo, Marlon Samuels and Kieron Pollard. 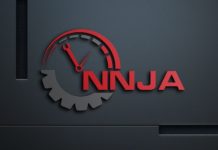 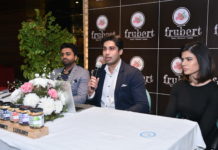 Pumpkart Rebrands Services as NNJA: The fastest growing startup from this region, Pumpkart.com has rechristened the name of its service network Pumpkart Services as...