A four-storeyed residential building collapsed near J.J. Hospital in south Mumbai on Thursday, officials said. More than two dozen people were living in the old and dilapidated Arsiwala building on Maulana Shaukat Ali Road. Rescue efforts have been launched, according to eye-witnesses. 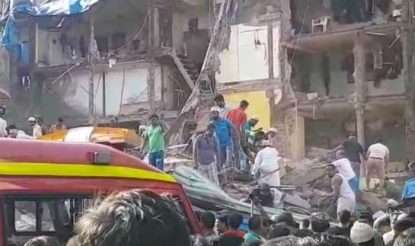 This is the first major building collapse after Tuesday’s Mumbai deluge, and the second in five days after the Chandivali crash which claimed six lives.

Guriqbal Spreads the Colour of Celebrations