NewZNew (Chandigarh) : Punjabi Engineers’ Welfare Society today celebrated 49th Engineers Day at Kisan Bhawan here. The society involves all the engineering Departments, boards and corporations of Punjab Government. The day is observed to commemorate the birth anniversary of Bharat Ratna Awardee  Mokshagundam Visvesvaraya, a prominent engineer of the country. He was the chief designer of the flood protection system for the city in Hyderabad in Telanaga, as well as the chief engineer responsible for construction of Krishna Raja Sagara dam in Mysore and Kawari Dam. 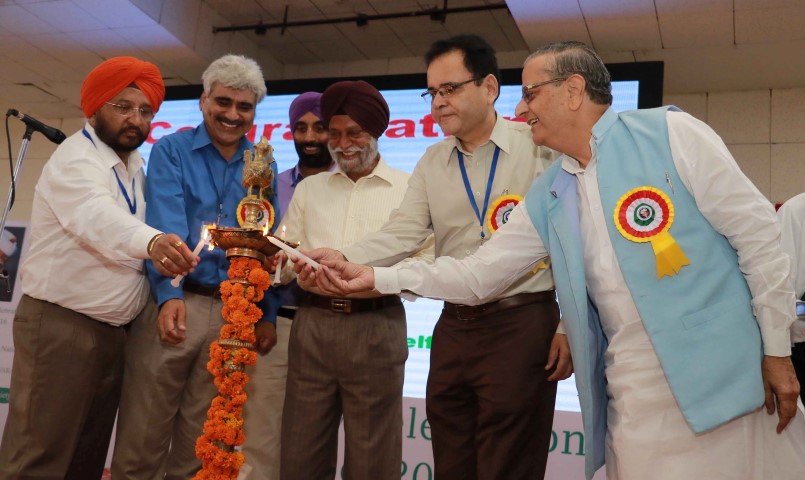 It is society of Engineers working in various departments, boards and corporations in the State of Punjab and the event was attended by its members. Surendra Seth a prominent TV personality entertained the audience.

On the occasion Retired Chief Engineers of Different departments were honoured for their invaluable services for the growth and the development of the state and souvenir and Quarterly newspapers in the name of “Engineers’ voice” were also released by the chief guest.

Welcome Address was given by Er. Vinod Chaudhary, Convener, Punjabi Engineers` Welfare Society and presently working as Chief Engineer, Department of Irrigation Punjab While speaking on the occasion both the engineers emphasized on their contribution to the engineering fraternity. Er. Manmohan Singh, President, Punjabi Engineers` Welfare Society and Retired Engineer in Chief, Department of Local  Bodies Government of Punjab presented the resolutions indicating the demands of the engineers of the state. 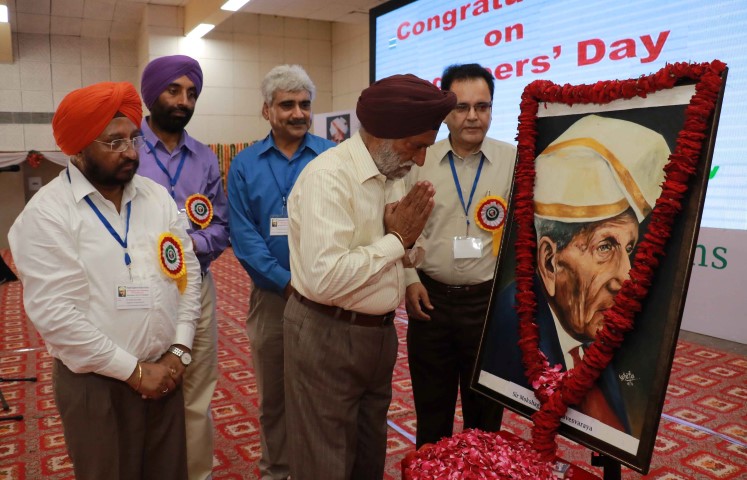 Er. R.S. Buttar, General Secretary of Society and Executive Engineer Department of Irrigation, Punjab expressed the view on Bharat Ratna Awardee Mokshagundam Visvesvaraya, a prominent engineer of the country. He said Engineers Day is a way to pay tribute to the fraternity by remembering a great engineer who had set an example in the field of engineering.

Er. MS Guram, retired Chief Engineer, Department of Mandi Board Punjab, the Chief Guest on the occasion said it was important for us to understand the contribution of engineers in our lives. He said engineering has always been and will always be the most sought after profession. Mr. Surinder Seth the Guest of Honour on the occasion was also honoured. He also spoke on the occasion.

Mr. Sanjeev Suri, Chief Engineer, Irrigation, also a State Awardee made a presentation on the benefits of the Dams with new technology to save ecology. He emphasized to adopt the technology on national level. 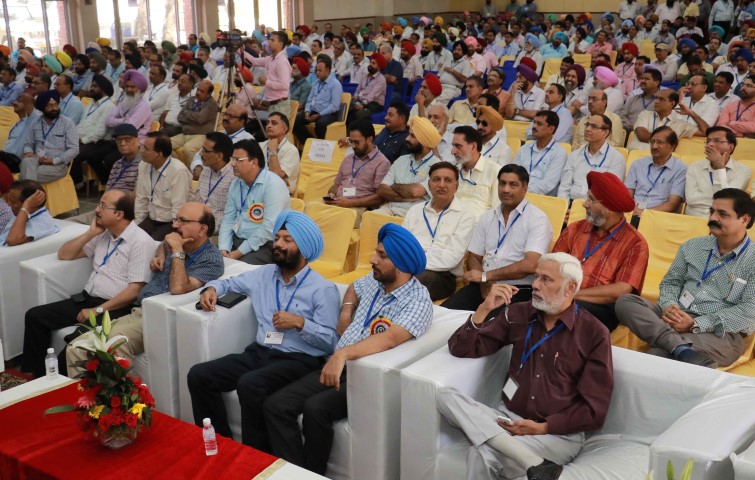 Er. Kawaldeep Singh of Mandi Board presented the paper to save the ecology of the state by planting trees while creating the road infrastructure.

Er. Sukhminder Singh, Water Supply and sanitation Department, Punjab presented the papers for the operation of pumping system with the help of Solar Energy.

Er. A.S Dhaliwal, Presented the paper to develop and maintain the essential services to the to the public in urban areas.

Different resolutions were also adopted in the programme which included putting on record the appreciation for the contribution of the Engineers in the overall infrastructural development in the State of Punjab.

Further it was resolved to request the concerned authorities of State Government of Punjab to allot a piece of land measuring about an acre in S.A.S Nagar Mohali on lease for the construction of Engineers` Bhawan as was announced by the Chief Minister of Punjab at the time of Engineers` Day celebrations in Chandigarh in 2010

The engineering fraternity also resolved that all disparities in the pay scales of engineers, allowances like Hardship Allowance, Conveyance Allowance, Non Practising Allowance, Design Allowance, Education Allowance and incentives in the shape of special increments for higher qualification and meritorious service etc. should be resolved.

The engineers also resolved there should be clear cut parity of status of the Engineers working in various departments, boards and corporations viz a viz their counterparts in executive branch i.e PCS and IAS officers by way of rules and regulations to be formed by the State Government.

It was resolved at government should nominate one engineer in the 6th pay commission to watch the interest of the engineers of the state. It was also resolved every year Government of Punjab should nominate one engineer for the national level award such as Padam Shri for their exemplary services in the development of the state. It was also resolved that engineer of state will continue to strive hard for to save natural resources and maintain ecology

It was felt, for better functioning of the engineering sector vacant posts specifically those belonging to feeder cadre for example Junior Engineers and Sub Divisional Engineers should be filled at the earliest possible.