NewZNew (Chandigarh) :  India is the only country in Asia, other than Japan, that has a well-established seed production programme. Many other commendable initiatives have been taken to increase productivity, seed quality, potato variety that could visibly take India at the forefront of potato production. 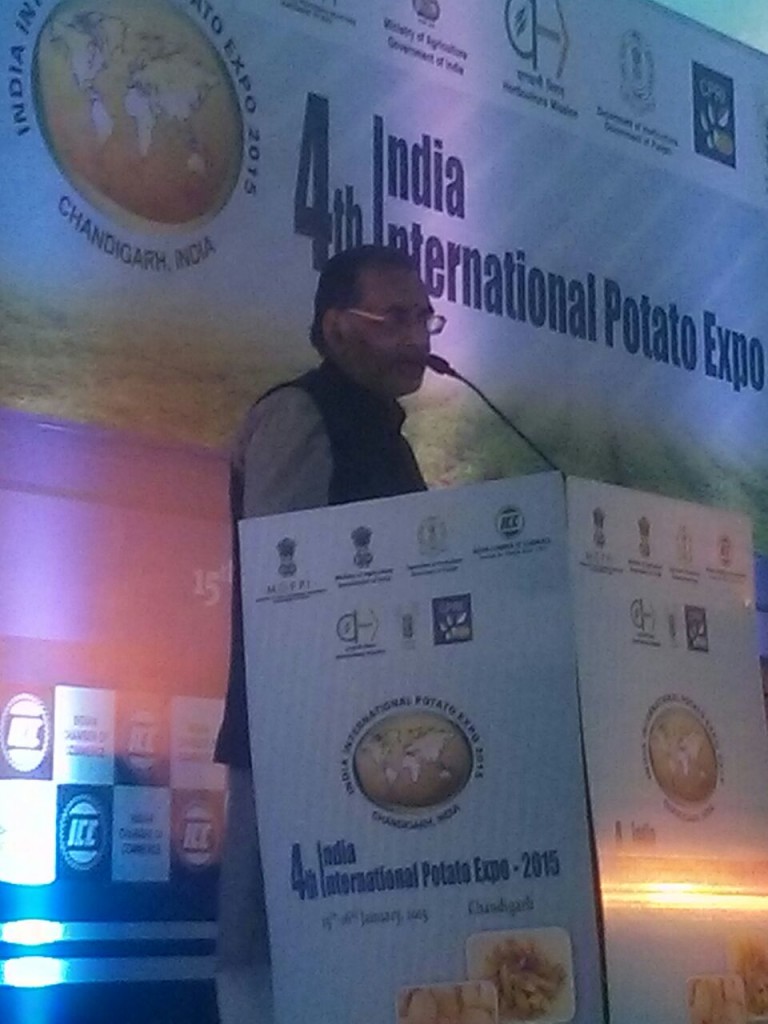 He mentioned that Excellency Centre in Every Districts for Horticulture in Haryana will be opened to provide better market to the farmers. Haryana will focus more on export by creating better infrastructure. He invited private players to come and invest in Haryana. He said that state support and all kind of subsidies will be provided.

He informed the gathering that the final draft of Irrigation Policy has been prepared and the same will be implemented in all the states. This policy will be able to provide water to every district and work for everybody.

Market linkage is the only solution for the potato farmers in India. Hence, all effort should be given to develop better market for the farmers (domestically and internationally).

He also mentioned that planning of production is very important. Farmers should know their buyers, price, market and production patterns prior to cultivation. This will help them in the right kind out requirements and better pricing.

Finally he mentioned that selection of seed, water and pesticides are very important to generate good quality potato. This will help the farmers to get better market domestically and internationally.

He spoke about the state of Orissa and mentioned that Orissa government is coming out with patoto mission to increase the production of potato in Orissa and the make the state self sufficient.

He also mentioned that Orissa government shall welcome PPP partnerships with private companies to develop cold storages in the state. He informed that subsidy will be provided to the investors.

He said that processing of potato has huge demand globally and Indian potato farmers however, only 5 per cent is used for the same purpose. Therefore, farmers in India should focus more on producing quality potato which can be used for processed food industry.

Apart from that he mentioned that Indian farmers are suffering from poor technology and innovation. Better R&D is the need of the hour. He also mentioned that high quality cold storage should be developed all over the country to get better market and price.

He informed that his company is setting up an integrated potato industry. This will focus on end-to-end production starting from pre and post harvesting to end processed products.  In his opinion such industry would help the farmers to grow faster and get better market access.

He informed the gathering that NABARD will provide loan for producer organisation formation in India. He encouraged farmers to form such associations and take advantage of such loans.

He mentioned that with the help of other banks NABARD is providing loans for creating farmers club. He shared a few examples and suggested the farmers to create such farmer clubs.

Most importantly, he encouraged investors to come out with ideas of cold storage in different villages. He assured that a good proposal will certainly attract NABARD to provide direct loans.

He also mentioned that this is high time when farmers should connect with the market and consumers directly, so that instead of middlemen, the producers can get the benefit.