5 common myths and prevention measure for Sinusitis : Sinuses are air pockets around the facial bones and no one actually knows the exact function of them. However, when they are inflamed, the symptoms being produced can be uncomfortable and even debilitating. 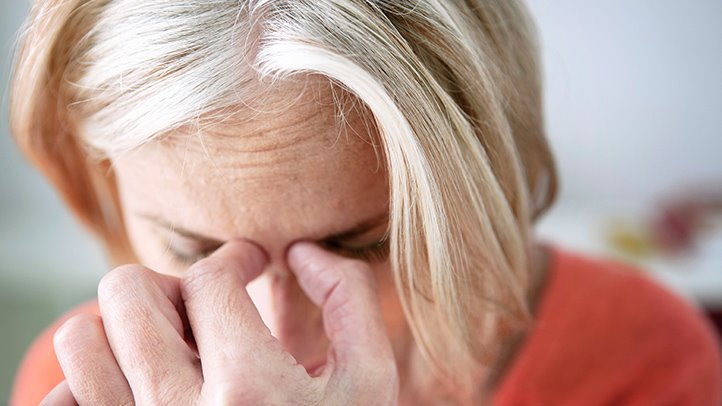 Although this condition is quite common, there are several misconceptions that have been going around regarding this condition from sinusitis answers online, that even the chronic sufferers tend to be confused on.

There is migraine and there is sinus headache. Certainly, the above term does not exist, but it is unsurprisingly easy to be mistaken of those two and this might be the contributing factor of how the name ‘sinus migraine’ is coined. Migraine is a type of headache that occurs at one side, associated with photophobia, dizziness, nausea, vomiting and can be precipitated by a funny sensation known as aura. Myriads of things can be the trigger, including sinusitis episode. Sinus headache on the other hand can also happen during the attack, but at the same time the people affected would have fever, bright-colored mucus from nose in copious amount and the pain is worse when they lay down. So, what is the fuss all about?  Well, when one thinks that the headache that they are having during or after the sinusitis episode is sinus migraine, taking in sinus medications can be either helpful or disappointing. If the real problem is sinus headache, it will provide the relief they are seeking for, but should it be migraine, then the self-treatment is useless. This situation underlines the importance of rectifying the root cause so that the problem can be solved accordingly.

Antibiotics are the go-to option

The above statement is not entirely wrong but there is a need to determine the cause of the inflammation on the first place. Antibiotics can really be the confidant and savior should the culprit is of bacterial origin, but virus and allergy signify a major red light for the usage. There is a growing concern of antibiotic resistance that is said to reach the endpoint by 2050. This resistance can render every single antibiotic available on this planet ineffective to all bacteria and one of the primary contributing factors is the unnecessary usage of them. So, it is wise to consult your doctor before deciding any treatment to yourself to prevent future crisis.

They are often being thought as a similar entity, but the truth is although they are inter-related, they are different from each other. While sinusitis is the inflammation of the lining of air pockets around the face, allergic rhinitis or hay fever occurs when you are inhaling foreign body that is allergic to you, thus making the inside of your nose’s structure becoming reddish and swollen. They are linked to each other in a way that when the nose is blocked, the sinuses then would follow through and consequently leading to the inflammatory process.

Bacteria or virus that are invading your sinus can be spread to other people. However, it does not mean that the individuals catching the pathogens from you would develop sinusitis too. They might be getting other problems such as upper respiratory tract infection, but the sinus status is totally depending on their health history; whether they are known for already having sinusitis or not.

Natural remedies are the answer

In these modern days, it is baffling and sad to see that somehow some people are still doubting the treatment being provided by the healthcare professionals. They instead choose to harbor the hope blindly on natural option. This statement does not mean to ignore the benefits Mother nature has to offer because it is undeniably useful but to use them while neglecting the science behind each disease is simply of no use. For instance, there is a belief on consumption of garlic, grapefruit seed extract or echinacea to cure sinusitis. Up until this point, there is no proof to support the claim, but some opportunists would see this chance to rake in money by making scam products.

Even though you have been diagnosed with this condition, there is always measures that can be taken to prevent the recurrences. By bathing your nasal passages frequently, you can help your sinus in flushing out the excess mucus so that the medium for the bacterial growth can be eliminated. Other than that, practice a healthy sinus diet.

Also Read :   World Icon Awards to be Held in Bangkok

Try to avoid eating food with high amount of refined sugar as this kind of diet can propel the growth of pathogens. When you are sleeping, ensure that the head is elevated. The reason behind this is that when your head is down or lied flat, mucus tends to pool, and it is harder to get rid of them by physiological process.

Besides that, good hydration is really the key to not just good skin but also a more thin and loose mucus. If it is not a burden, try to own an air humidifier as dry nasal passage can lead to inflammation too.

It is ‘Grandparents’ Day for the Li’l Champs