The inaugural session of the 5th Edition of the Chandigarh Children’s Literature Festival(CCLF 2017) started with the auspicious lamp lighting ceremony at Dikshant Global School, Zirakpur. A total of 15 schools of the tricity are taking part in this two day literary event for kids.  Organised by Adab Foundation, this year’s literary bonanza has brought forth a brilliant line-up of authors, storytellers and illustrators. Mitul Dikshit, Chairman, Adab Foundation said, “The festival which is an annual affair aims at stimulating the imagination of children by generating in them an interest towards reading & writing books. 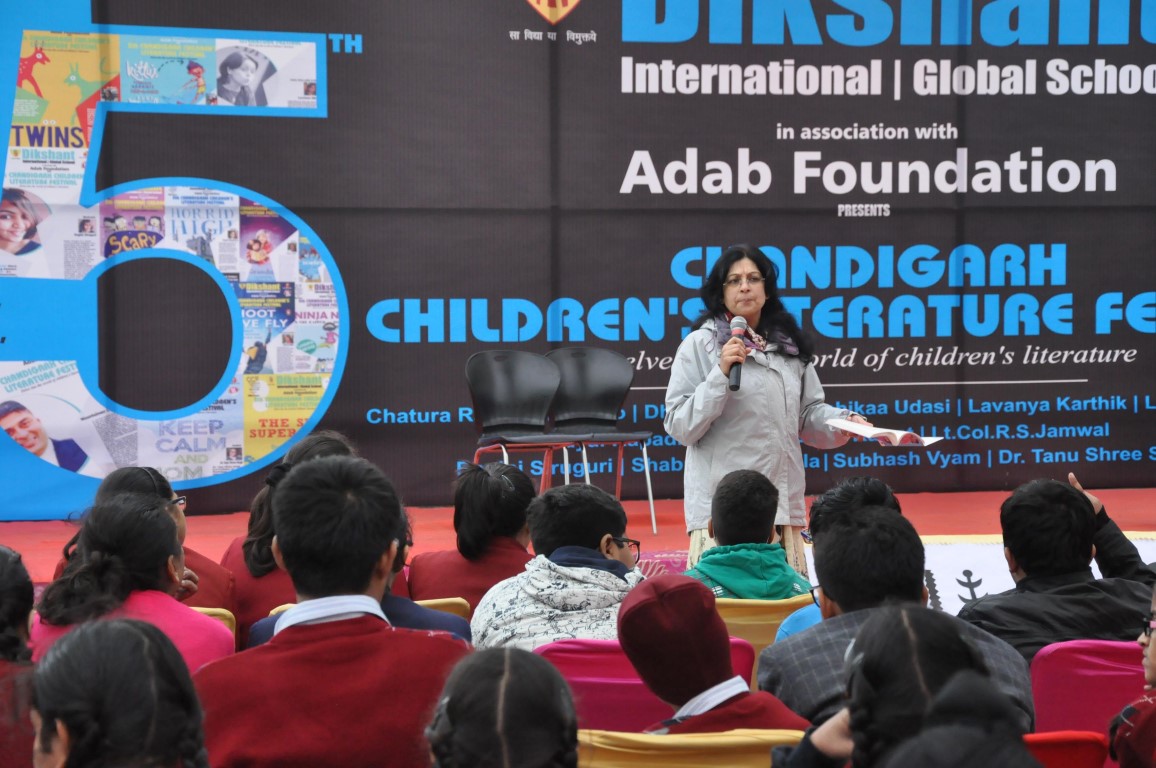 The festival has a wide array of author sessions, comic book writing workshops, parenting sessions as well as art interactions drawn up. The festival is open to all children who would like to take advantage of meeting & listening to acclaimed authors.” The inaugural session was also attended by Eminent poet Madhav Kaushik.

Author Harshika Udasi  engaged 6 to 10 year old kids in a session about her book ‘A Terrible Horrible Mad Day With Kittu’. A trailer of the book was shown to the children who instantly connected with the animated versions of their favourite characters, Kittu and Mad. Kittu wants to live life despite his shortcomings. Harshikaa pointed out that one need not necessarily be a coward or needy if one is ‘disabled’. The book was one of the winners of the Children First Contest for portraying children with disabilities as ‘children first’. It was also shortlisted for the MAMI Word to Screen 2017.

Author Adithi  Rao’s book ‘Funny And Scary Stories’ session was held in which Adithi read out a funny story from The Flipped Anthology. Her story struck a chord with the children and they could identify with Putta, the central character. Adithi said that her stories were about the magic of love and its healing powers. Her session demonstrated her understanding of child psychology.

Lavanya Karthik’s ‘Lets Draw Comics’ session took place & this was for 8 to 10 age group of students .The first workshop of 5th CCLF2017 started with enriching session where children had to design their own characters and stories. It started with brainstorming of children about kinds of books and comics they like to read. After patiently hearing all the responses she talked about her book Ninja Nani,the idea of writing with drawings. 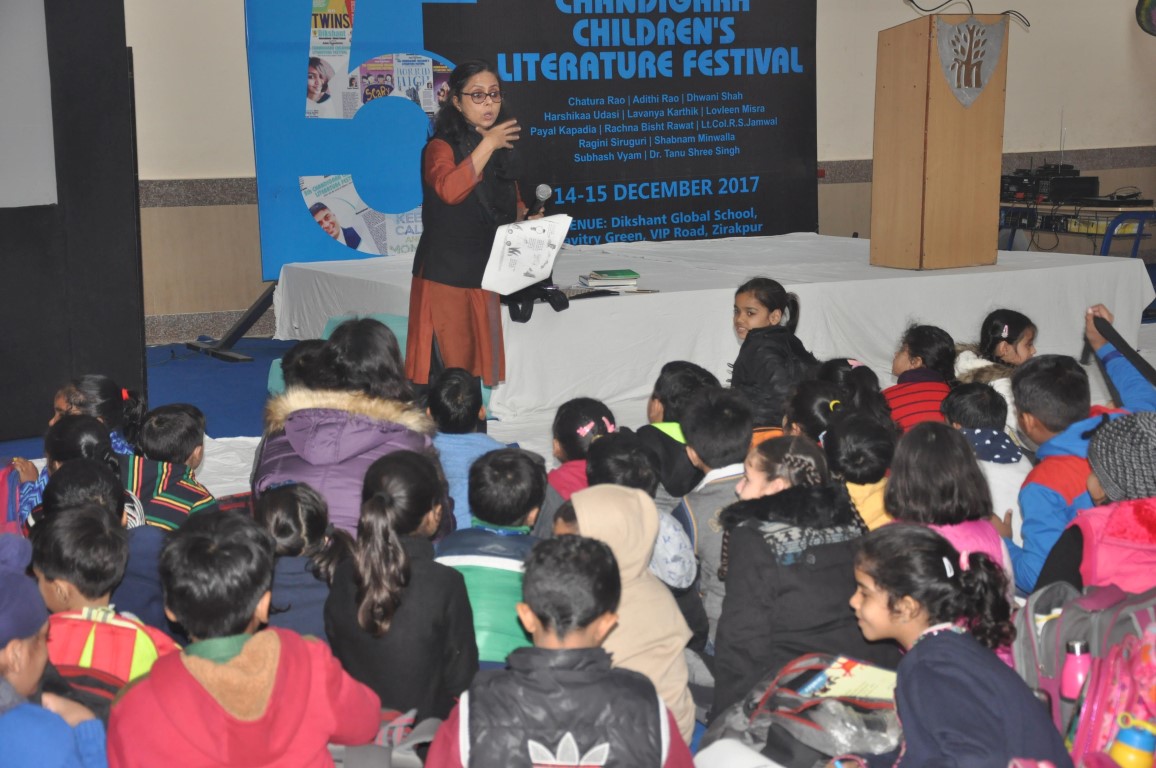 Writer & actress Lovleen Mishra of Hum Log serial ‘Chutki’ fame conducted a  Bilingual Story Telling session for students in the age group 6+.Children listened with rapt attention as Lovleen donned the role of storyteller. Lovleen Misra’s acting skills found full expression in a unique blend of poetry and story-telling. Her theatrical techniques reminded the audience of her past avataar as Chutki of Hum Log, India’s first soap opera. From arrogant kings to carefree rats and crocodiles ,her stories encompassed a wide range of characters.

Festival director  Chatura Rao  held a session “How You Look From Up Close” Workshop. An anecdote about the children of a Juvenile Remand Home was handed over to the children and was read by Chatura Rao.After the story ended, children experienced a different world which they usually don’t. They shared the similarities and differences in their life and the life of those children in remand home.

Payal Kapadia held a session for 10-14 years olds’ on her book ‘An Adventure In The World’s Most Horrid School’ .Shabnam Minwalla’s session “A Pinch Of Magic” session was also held today.

On 15th December, the concluding day of the festival ,there is a storehouse of great literary sessions for children planned. Apart from this, Winner of the 2006 Commonwealth Press Quarterly’s Rolls Royce Award, writer, Rachna Bisht, will introduce aspirants to the vast variety of careers in Army. Accompanying her to address the children will be special guest Lt. Col R.S Jamwal a famous mountaineer – Summiteer of Mount Everest three times – 2016 being the last. Children will also get a taste of the folk and tribal art form of Gond paintings- paintings that is practiced by one of the largest tribes in India with whom it shares its name.