9th OYA Autocross, Motocross & Off-Roading challenge in Mohali:  One of the significant motorsports event of the country- Autocross is back with its 9th edition. 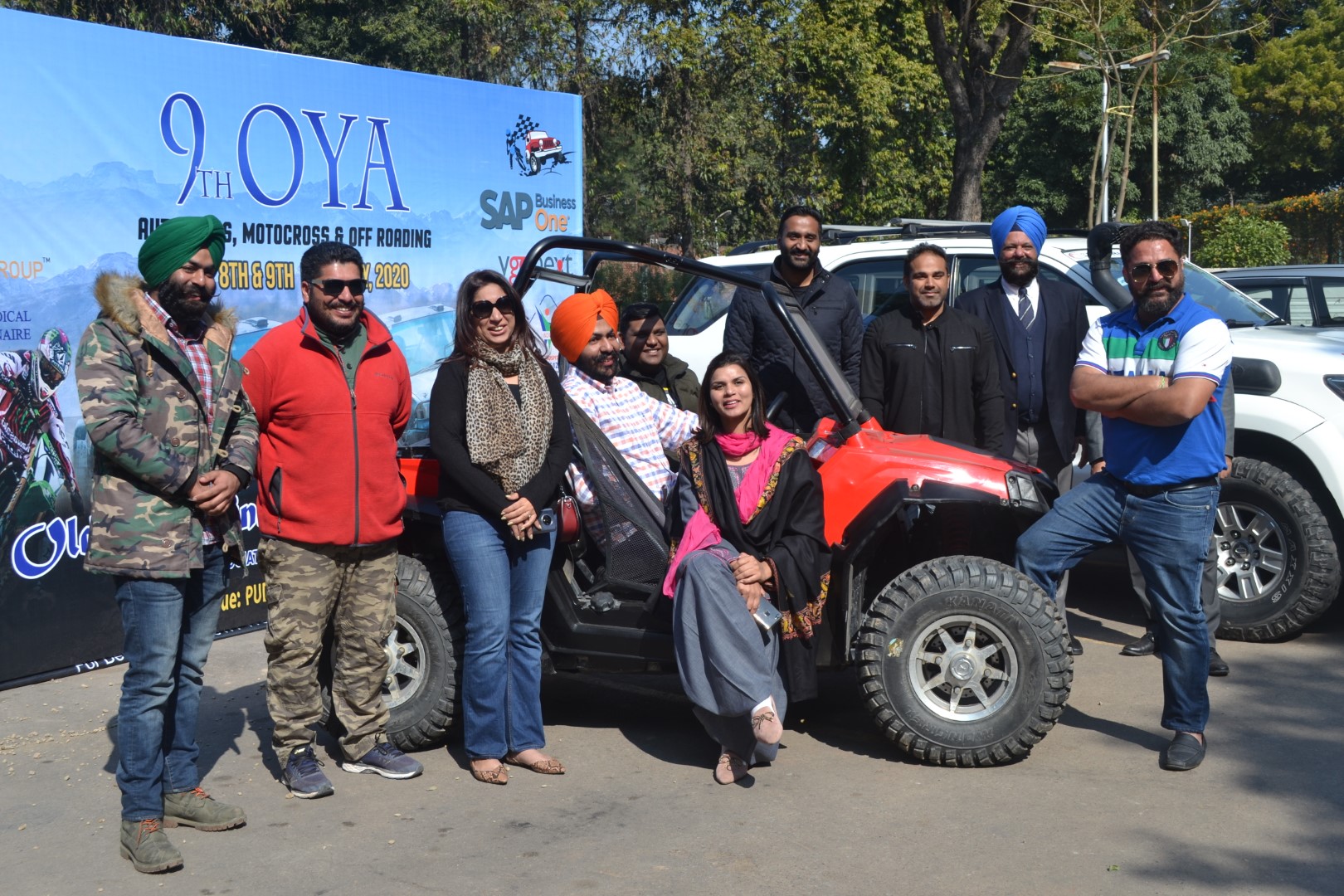 The event is being organised by Old Yadavindrian Association under approval and permit of FMSCI (Federation of Motor Sports Clubs of India).

In this year’s edition, Autocross, Motocross and Off-Roading will be conducted at the same time in different arenas with more space in a bigger and better manner. OYA is going to form a twin dirt track, which will have twin track start with cross over, undulating, underpass, and bridge. With the availability of more space this year as the Off-roading track is also been included, two vehicles can race at the same time. For making the event interesting for fans and supporters, the laser live timing system will be set up, which will facilitate the fans to check the results of the participant on the internet. Additionally, there will be an open category race for women and specially abled players.

Addressing to the media, Mr. Kushal Pal Singh Mann, President, OYA said “OYA Autocross, Motocross and Off-roading event, is organised annually. This event has been organised since 2009, and has a great charm among young motorsports players. The event is more about testing your driving skills on different terrain and learning technical aspects in the form of sport. Motorsports also encourage team spirit and keep a positive attitude to meet the timing. We are back with our 9th edition, of OYA Autocross, with more thrill and challenges. I would also like to extend my gratitude to media fraternity that always showers their support to make the event a success.”

The event will be held in all three formats Autocross, Motocross and Off-Roading at the same time, in which four wheelers (Autocross), two wheelers (Motocross) and 4×4 vehicles (Off-Roading) will be taking part. In this event, participants will be coming from many states like Gujarat, Madhya Pradesh, Bihar, Uttar Pradesh, etc. This event will be organised under the expert guidance of FMSCI (Federation of Motor Sports Clubs of India), following the norms of international motorsports. A qualified team appointed by FMSCI, will individually conduct a check of all vehicles technically before starting the competition. The purpose of the check is to keep the safety of all the participants on high priority and checking the vehicle engine capacity to keep fare game. The organizing committee will ensure that proper medical assistance will be available at the event, for all the participants.

Old Yadavindrians Association was formed in the 1997 as a nonprofit organization. The total alumni strength of YPS Mohali is about 8000 as of now which is increasing by hundreds every year.

OYA organizes various events through the year with the OYA Autocross, Motocross and Off-roading being one of the biggest event which is attended by over 400 members every year and The Annual Reunion (Winter Ball) being the Grand Finale, which again is a major owned and run by old students.

The annual winter ball & Autocross also serve as platforms where the families of Old Yadavindrians interact with each other.

7 Short Films co-created by Chandigarh & Mumbai Students to be...