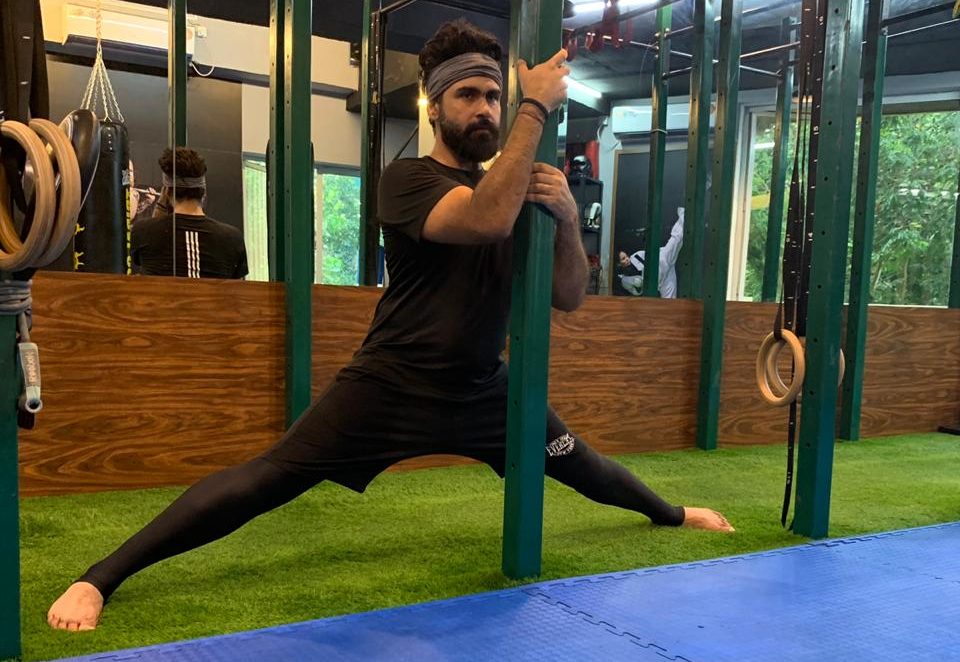 Aarya would be seen back on the screens after almost five years in Punjabi film industry and that too with his action hero avatar.

Usually a late riser, Aarya, for this movie, adapted himself under the strict guidance and training of renowned Coach Mr. Srikant Rao for over 30 days. Mr Rao holds a meritorious track record of over 15 years of training of athletes for Olympics, besides national and international tournaments.
Diet, exercise and discipline were weaved in a way that Aarya’s day began at 4:00 am for over 3 months, which included a separate session for MMA in Mumbai besides his coaching under Mr. Rao.
His exercise regime included 3 hours morning workout followed by 2 hours of meditation in the noon and 3 hours of work out in the evening along with strict diet plan containing veg diet, 3 chapaties and dozen of eggs. The level of involvement of Aarya was evident from the fact that he got to reach out his family only twice.
Coach Rao was quiet impressed with Aarya’s efforts to transform himself so that he can easily get into his character in the upcoming movie.
Commenting on Aarya, Mr. Rao said, ‘‘Having the makeover done to oneself for a movie character, and that too over fitness is a tough nut to crack. I was fairly pleased to see how Aarya took over the suggested regime like a training cadet and went for the regime with full passion.
Sometimes stretching for over 6 hours, I could see the poise Aarya exhibited throughout his training. In sincerely believe that his training reflects the abilities that one wouldn’t have explored otherwise.”
With sweet smile Mr.Rao said ‘Phone was not allowed to actor during training schedules”
Aarya with his strict training regime and redefined diet got the atheletic body by shedding over 15 kgs in 90 days and has packed within him emmense energy in his new avatar.
Also Read :   Depression leads to psychiatric disorder in elderly says Expert

Center Govt would be pressurized to punish the `84 riots guilty...