NewZNew (Chandigarh) : The Ministry of Health and Family Welfare has declared September 26, 2016 as World Day of the Deaf. Despite being the second most common cause of disability after locomotor disability in the country, hearing impairment is often treated low profile as it cannot be seen. Although some hospitals around India voluntarily recommend newborn screening to detect any form of congenital hearing impairment; responsiveness yet remains near to the ground.

According to the World Health Organization (WHO), hearing loss is the most widespread sensory deficit in humans today. Globally, around 5 per cent of the population which is 360 million people suffers from disabling hearing loss. As per the 2011 census, in India, more than 50 lakh citizens have some form of hearing loss. 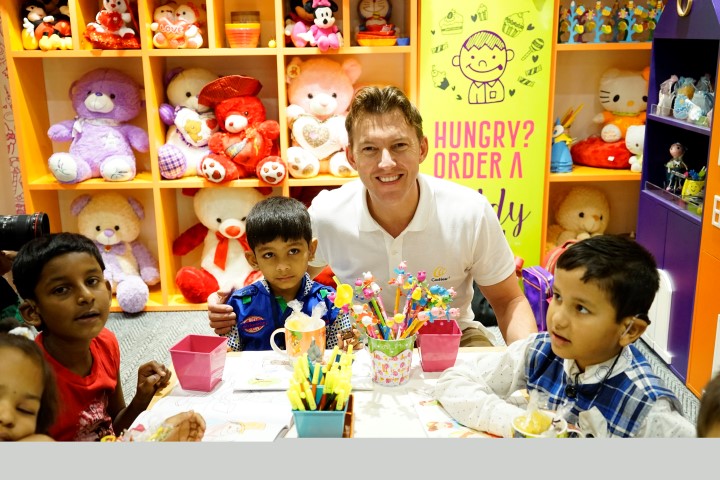 Australian cricket icon, Brett Lee, was announced as Cochlear’s first Global Hearing Ambassador in 2015. As one of the world’s fastest bowlers, who has smashed multiple cricket records, Brett’s target is raising awareness about hearing loss. Consciousness levels on hearing issues and possible remedial measures are extremely low in certain parts of our country. As Cochlear’s Ambassador, Brett has been spearheading a ‘Sounds of Cricket’ campaign to raise awareness of the significant medical, social and economic impacts hearing loss can have on individuals and their families. Brett has visited India twice in the last one year and interacted with hundreds of hearing impaired children, Cochlear implant recipients as well as their families.

Batting for awareness, Brett Lee says, “I wish to use the World Day of the Deaf as a platform to say that no one deserves to be deaf. Through the ‘Sounds of Cricket’ campaign, we strive to raise awareness, not only about the impact of hearing impairment and its adverse effects on learning and development, but also about the possible solution through cochlear implants. I want to help make sure that anyone who is living in this world can hear the sounds of everyday life, to hear the voices of loved ones, family and friends. Hearing loss is a huge global public health issue. Parents and family members should not ignore the smallest signs of hearing loss and should take speedy action. I have personally witnessed how a cochlear implant takes a person from silence to sound. It is a life changing moment.”

While Universal Newborn Hearing Screening (UNHS) has been made mandatory in developed countries where there is a greater emphasis on investment in the health sector, India has to work towards including it in the list of mandatory health screening procedures for newborns. In contrast, children in countries where UNHS is implemented are able to take corrective measures through early intervention within six months of age. There is an urgent need to amplify the magnitude of conversations and increase awareness on need and importance for newborn hearing screening.