Achievers Perfect Career Institute ( APCI ) , a pioneer in Air Hostess training based in sector 34 Chandigarh was conferred national level award  at a glittering  investiture ceremony held at Delhi . The award of excellence was received by Director Ms. Gurbinder Kaur at Delhi. 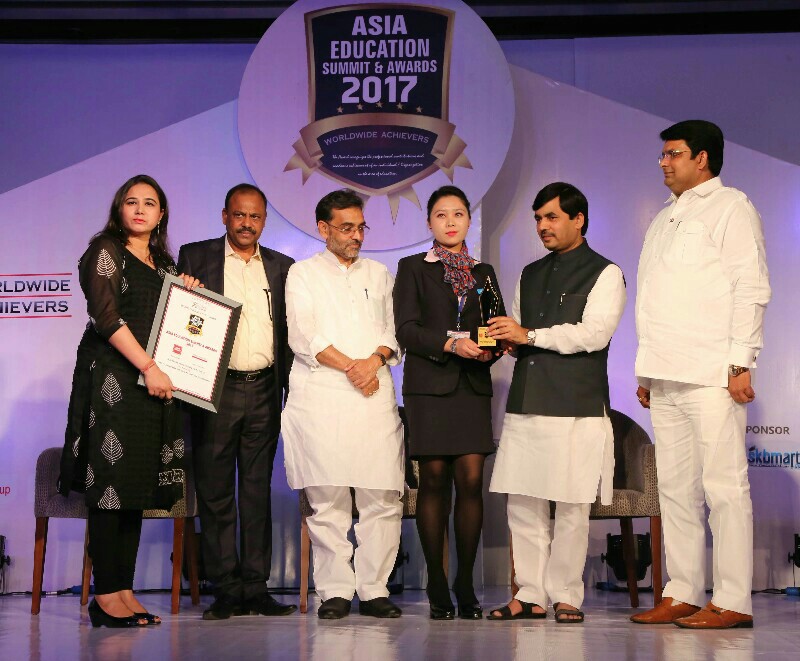 The institute has got Asia Education Summit & Awards 2017 for ”Best Cabin Crew Training Institute in Chandigarh’ at a ceremony held at Hotel Hyatt Regency New Delhi.The award instituted by Worldwide Achievers Asia Education Summit and awards is given annually in the field of Education and in this case was presented to Achievers Career Perfect Institute of Air Hostess Training.
The award was conferred by Prakash Javadekar, Union Minister of Human Resource Development (Govt. of India), Upendra Kushwaha Minister of State for Human Resource Development Government of India, Syed Shahnawaz Hussain  National Spokesperson of the Bharatiya Janata Party and Former Cabinet Minister (Govt. of India) and P. K  Choudhary  (CEO) Worldwide Achievers Pvt.Ltd.

The award carries citation and plaque which is recognition of the institute ( APCI )  for being adjudged as “ Best Cabin Crew Training Institute in Chandigarh”.

With expansion of Aviation industry, demand for Air Hostesses has been rising exponentially. In order to cater to the ever increasing demand of Airlines, smart, young and dynamic girls are trained after 10+2.

The institute has come up very well with the dedicated efforts of its Director who overseas each and every training aspect from employability angle and provides cent percent placement assistance to the students, she informed.

The Institute has bagged several awards including one recently at Dehradun. This award was received by the Director from Global Achievers Foundation being “ Rashtriya Shiksha Rattan”. This award was presented  for outstanding achievements in the chosen field of activity.

Training for the prospective candidates is very rigorous involving field visits to state aviation training institutes, airports, mountaineering, swimming and a very high level of general awareness. Lot of emphasis is given on personal hygiene, grooming, etiquette and communication skills.

What to Do When You Can’t Avoid Getting Period on Your...