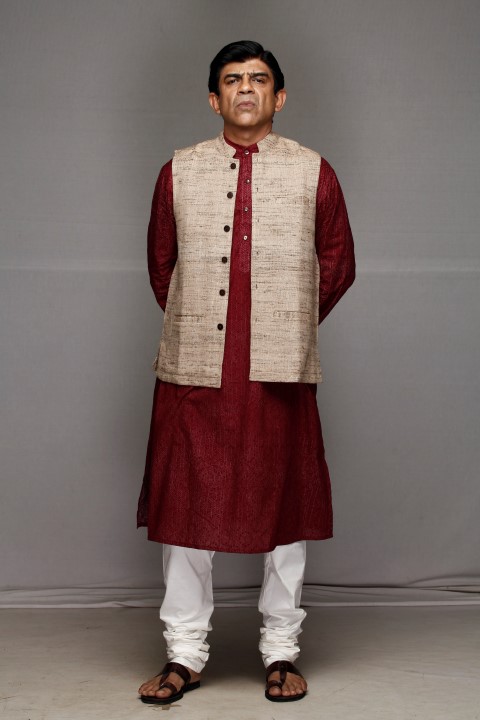 newznew (Chandigarh) : Sony SAB is entertaining the audiences with its latest offering Trideviyaan that was launched earlier this month. The story is about three women living dual lives, fighting crime and managing domestic issues. Their team is led by Dinnanath Chauhan (Rituraj Singh) who plays the role of a dismissed secret agent (Agent Himalaya).

Interestingly, we got to know that the actor has close relatives in the family who have been in the armed forces and in RAW. Rituraj’s father has served in the army, he was a Liftenant general and his uncle was in the Indian army all his life, but he took premature retirement and his colonel uniform got replaced by a suit. Rituraj found this to be strange and couldn’t figure the reasons for this change until his uncle died.

As a child, Rituraj found it fascinating that his uncle was fluent in 7 languages including Arabic and Chinese which he could read and write. He also had a spool player which had headphones and he would always keep it locked. He also had a very mysterious mannerisms,  whenever anyone tried contacting him, he would never pick his phone, but would only send messages on paper in sealed envelopes. They always had a secret code written in the tiniest font, unreadable without a microscope.

But for Rituraj , these various ‘pieces of the puzzle’ only fell into place once  the ‘secret’ was revealed. Rituraj told us that he was thrilled at getting to emulate his real life hero, by playing the role of secret agent Himalaya. The actor shared a quote with us on his experience of playing a secret agent in ‘reel life’.

“It feels great! The story line is so different from regular shows and even though I thoroughly enjoy playing all my roles, being agent Himalaya in Trideviyaan is special as it reminds me of my uncle.”

When asked what’s the one thing a secret agent should keep in mind, Rituraj said, “ He should never share any information with anyone because you can never know who else may also be in disguise.”

Catch all the action in ‘Trideviyaan’ Monday to Friday, 9.30 pm only on Sony SAB.