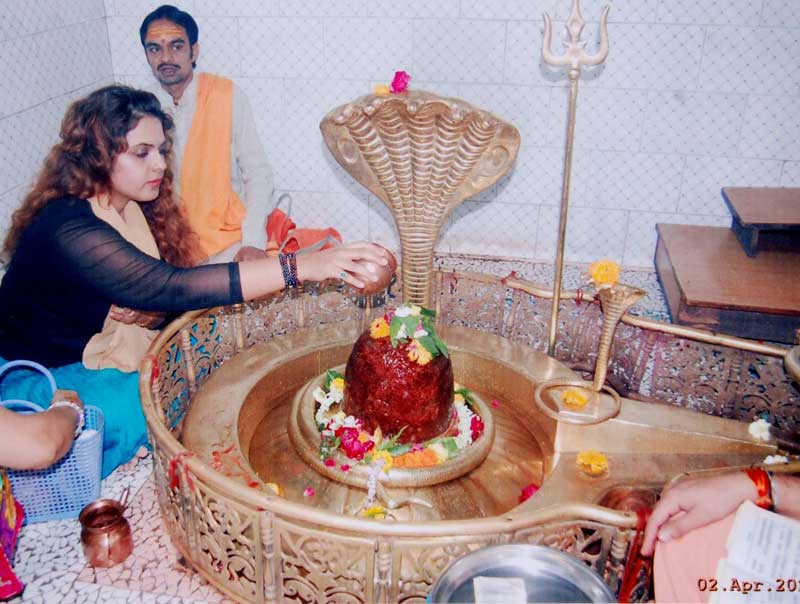 NewZNew (Ujjain – Kulbir Singh Kalsi) : In India, out of the 12 Jyotirlings, only Mahakaleshwar of Ujjain in Madhya Pradesh is situated in the south direction. The residents of Ujjain believe Mahakal to be their king and therefore worship the God. Every day almost a thousand of devotees visit this temple and in the month of Sawan there is no count of the devotees who arrive here as they are many. This Jyotirling has special importance during the holy month of Sawan. Actress Palak Shukla who worships Lord Shiva and considers himself the greatest devotee of Lord Shiva visited the Mahakaleshwar Jyotirlinga in Ujjain. Palak  firmly believes that whatever happens in his life are the blessings of Shiva. So when the actress was in the ancient city of Ujjain she visited the shrine. Palak Shukla visited the temple earlier in the morning so that she could see the whole ‘shingar’ of Lord Shiva before the most sacred ‘Bhasma Aarti.’  Bhasm arti, performed daily during Brahma Mahurat is one of the most important rituals performed here. Palak Shukla did the puja and archana with full devotion.

After experiencing the whole prayer Palak Shukla said, “The rituals were being performed during the prayer, I felt some sort of connection with my soul and my Shiva. This is one of a kind experience for me. If I again get a chance to come here in Ujjain I will definitely visit the Mahakaleshwar Jyotirlinga again.”

Palak Shukla had done her first international English short film as the main lead titled “BABA N THE BABES” has just got Best film at Clermont film festival 2011 and later screened and appreciated at Cannes 2011. The film deals with the subject of fake spirituality and exploitation on the name of religion.