Agriculture and Medical Experts trash rumors on pesticides: In a consolidated effort to stem rumors that Malwa District of Punjab had high cancer rate because of excessive usage of pesticides, Crop Care Federation of India (CCFI) and Centre for Environment & Agriculture (Centegro) via a knowledge session on ‘Crop Protection Products in Food Security and Myths surrounding them’. 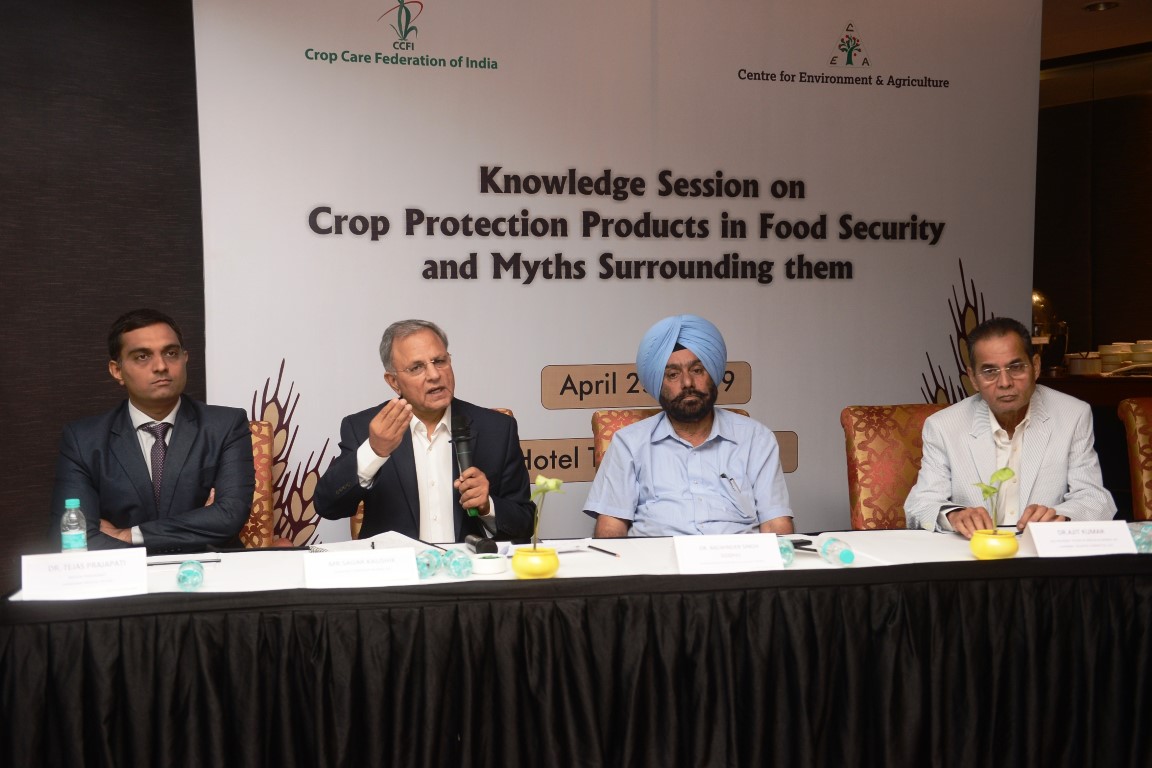 The event which was held at Chandigarh, highlighted that cancer may be caused because of multiple reasons, instead of pesticides alone. The session’s outreach focused on the regional media.

Dr Ajit Kumar emphasised that when pesticides are applied in accordance to the Good Agricultural Practices (GAP) they do not pose any health risks and India has a robust regulatory system in this regard.

While addressing the listeners,  Dr.Tejas Prajapati, emphasised that Socioeconomic factors affect cancer rates and mortality and will become a bigger challenge in the future. He explained that cancer rates, cancer types & cancer mortality vary widely around the world  and at least 8 t???? environmental or lifestyle risk factors that account for 50% of all cancer deaths. “Tobacco exposure is by far the most prominent reason for cancer deaths. In this conext, strategies to reduce these risk factors will have a tremendous impact on reducing the burden of cancer globally,” he added.

“Pesticides are important inputs in agriculture and must be used judiciously for the benefit of mankind and environment. Besides deploying alternate control measures, usage of GM Crops may reduce dependence on pesticides,” said Dr. Balwinder Singh. “Threfore, its important that regular monitoring for residues be made a national priority. Also, coordinated approach involving farmers, scientists, policy makers, trade, industry, administration and consumers will help in the long-run.”