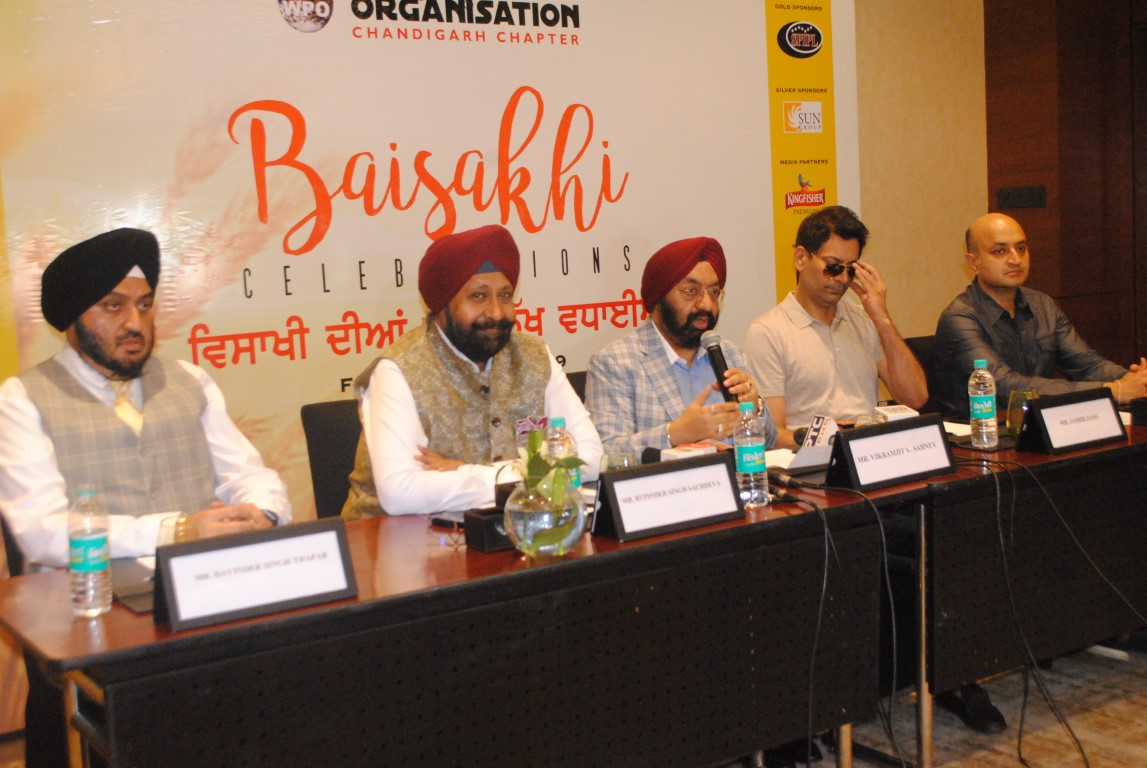 Speaking on the occasion, Chief Guest Padma Shri Vikramjit Singh Sahney, International President of WPO on this occasion announced that WPO will be opening Skill Centres in Punjab for economically weak youth of Punjab where they will get free skill training in different streams and will help them in getting jobs through industrial members of WPO. WPO and Sun Foundation, headed by Mr. Sahney, is already running drug rehabilitation centres in Amritsar, Taran Taran and Jalandhar and are providing skills to these youth.

Rupinder Singh Sachdeva (President of WPO- Chandigarh Chapter), said that ‘WPO is proud to celebrate Baisakhi as a mark of zeal & zest, bravery and enterprise to Punjabis. We have been doing lots of Social and Charitable activities before and also supporting the juvenile students and youth as much as we can in any form.

World Punjabi Organisation (WPO)-a non-political international body to bring about ‘Punjabi Renaissance’ with Shri I.K. Gujral, former Prime Minister of India as its Chief Patron, has an outreach in over 22 countries including UK, US, Canada, Middle East, South Africa, Thailand, Singapore and SAARC Nations to foster social, economic & cultural bondage and Universal Brotherhood. Since its inception in 1999, WPO has undertaken several activities & projects like:

A new Ultra Modern Meat Market will be established at Balongi...