newznew (S A S Nagar) : Akali –BJP alliance suffered a jolt when around one and half dozen families of Mote Majra village in this district left Akali Dal to join Congress yesterday. The families expressed full faith in Capt Amarinder Singh policies and were inducted into party by Balbir Sidhu the Congress candidate from Mohali assembly seat during an impressive function attended by large number of villagers of area.

Speaking during occasion, Sidhu said that not only Mohali but throughout the state the people are joining Congress after getting attracted to its people friendly policies. 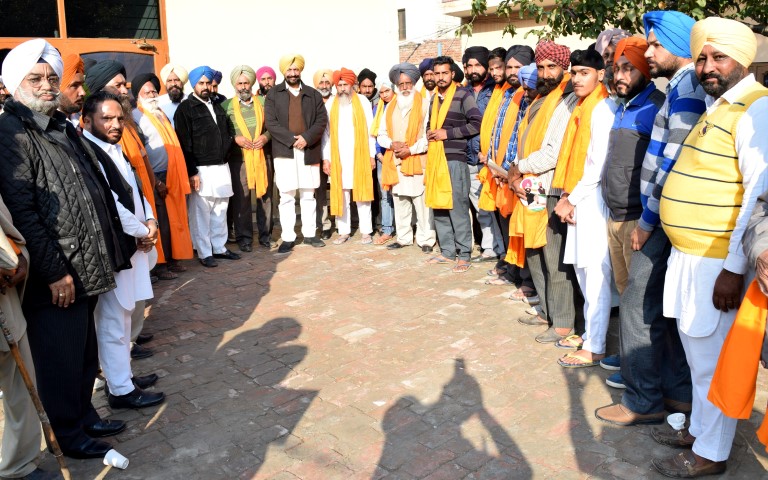 SAD-BJP government did not pay any heed to its workers what to talk of common people. Due to government sole purpose to promote nepotism, the people of state now want to see Capt Amarinder Singh as their CM, remarked Sidhu.

Meanwhile the families assured to campaign aggressively for Congress to ensure record victory for Sidhu.