NewZNew (Chandigarh) : Voters came out this morning to vote and to choose their government in the state. BJP is looking for their chance to came to power in this election. Two parties DMK and AIDMK were in power from last two decades. 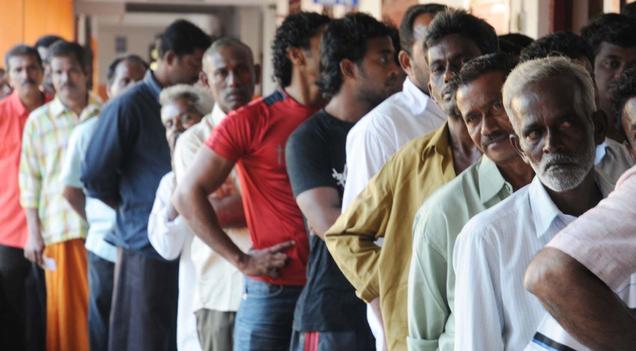 Their biggest competitor is a 93-year-old M Karunanidhi. Karunanidhi is hoping to lead the other Dravidian giant. He wants DMK to back in power. Karunanidhi was chief minister of Tamilnadu from Dravidian political party.

Actor Mammootty also arrives to cast his vote in Tamilnadu at 10:36 am.Mammootty looked very comfortable. Rajnikanth told their supporters to must vote. Voting is their rights, and everyone should come out of the house to choose the government.

On the other hand, Congress chief minister Oommen Chandi had been battling allegations of corruptions and different cases like deteriorating law and order; he said that he is very confident to retain power five years more in states. All the votes will be counted on up on May 19.

Election authorities have seized more than Rs 100 crores unaccounted cash from the Tamilnadu. The election is being held in Tamilnadu with 232 seats. Aiadmk also had distributed so many freebies among the people. 18.12% polling has completed in the Kerala, Tamil Nadu, Puducherry Vote In Final Round Of Assembly Polls. For more updates and information stay tuned with us.

Chandigarh becomes the fourth city to get swept into the MTV...