#BerokZindagi – a multi-media awareness campaign with the aim to dispel myths and fears regarding asthma and encourage those affected by this condition to live a life without limits was launched in Chandigarh. While striving to establish inhalation therapy as the smartest choice to combat the illness, this multi-channel initiative will also provide information & resources for both – people affected by asthma and healthcare professionals. 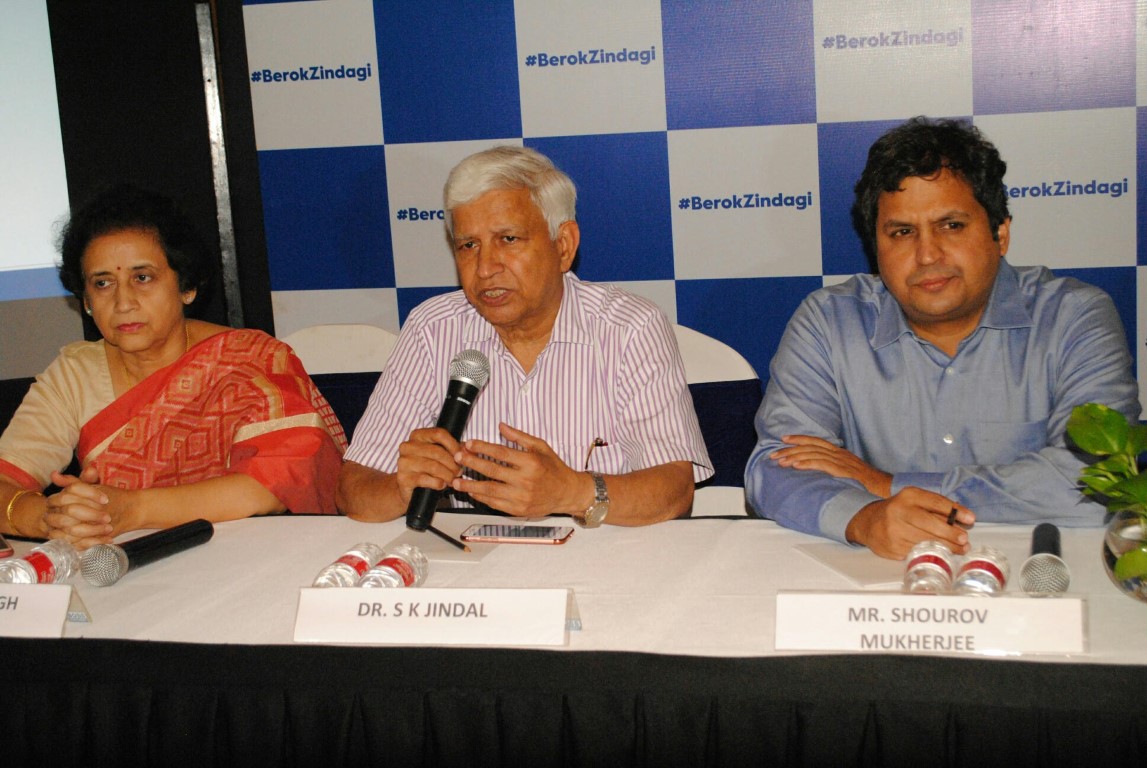 This campaign that also aims to eliminate stigma around inhalation therapy and make it more socially acceptable will help foster further dialogue between patients and their physicians.

Asthma is a chronic (long term) disease usually characterized by airway inflammation and narrowing of the airways, which can vary over time. Asthma population- prevalence in Chandigarh is around 4-5% which will amount to about 100000 in the tri-city in the region. The pediatric asthma segment has also seen a significant increase on a year on year basis (doctors reckon they see an estimated 5 new cases of children with sneezing & coughing problems every day.

On an average until date in 2018, while Chandigarh has seen a 10% increase in the number of people suffering from asthma as compared to last year, approximately, one third of Chandigarhite will develop asthma at some time, mostly before the age of 20. Meanwhile while the number of patients using inhalation therapy has increased in the last few years, an estimated 50% of asthmatics discontinue inhaler use largely in female patients and children.

The reasons for the prevalence of asthma in Chandigarh include amongst others air pollution attributed to the uncontrolled increase in vehicles, allergies, increased consumption of tobacco, incorrect treatment in children, ignorance amongst parents, seasonal variations and weather fluctuations. The percentage and volume of lung diseases, especially asthma have gone up in Punjab especially in Chandigarh.

This campaign that kicks off on September 15 follows a synergistic partnership with Priyanka Chopra – Bollywood’s global icon and an asthmatic herself to raise awareness about asthma along with helping address the stigma associated with this condition – one of the key factors responsible for patient anxiety & denial, delayed diagnosis, and avoidance of inhaler use in public.

Said Dr. S K Jindal, Director- Jindal Hospital, Former Professor and Head Pulmonary Department – PGI, Jindal Hospital, “It is very significant to change the perception towards Asthma and Inhalation Therapy. While inhalation treatment can play a crucial role in reducing the impact of asthma on people’s lives, compliance is crucial. Inhaled medicines helps to deliver the drugs directly to the lungs. But we need patients to adopt the treatment as they are prescribed in order to get the full benefit. Inhalation therapy works to control asthma by preventing & relieving symptoms and reducing flare ups, but they will work if patients work in partnership with their GP and take them in the way they are prescribed. Expanding one’s knowledge on this conditions is vital as patients in Chandigarh stop using Inhalation therapy mid-way which makes it difficult to control the disease”

“It remains a fact that the number of people affected by asthma in Chandigarh has gone up and we need to do a lot more work in terms of education, prevention, management and treatment of patients. It therefore becomes imperative to tackle the problem as early as possible and spread awareness on the correct and most effective way to handle it. It is broadly accepted that little or no adherence to the right treatment is a widespread issue amongst children in Chandigarh that is associated with poor health outcomes, resulting in unscheduled doctor visits and hospitalization. Inhalers are the best form of treatment as they deliver the medication directly to the lungs thereby requiring 20 times lesser dosage as compared to oral medication. They hence have the least amount of side effects” said Dr. Meenu Singh, Professor in Paediatric Medicine (MD Paediatrics), Advance paediatric Centre, PGIMER

Said Mr. Shourov Mukherjee, Senior Vice President, Cipla Respiratory “Ongoing education is of paramount importance in chronic diseases like asthma. This is precisely where #BerokZindagi enables patients to participate and have a more effective role in their own treatment, working together with doctors to achieve optimal inhaler use and disease control, thereby living life to the fullest. While encouraging an increased dialogue on the management of asthma, this campaign also directly resonates with our endeavor of enabling people with the condition to achieve more in their daily lives”

According to WHO, between 15 and 20 million people have Asthma in India and the prevalence is high at 10% to 15% in 5–11-year-old children. #BerokZindagi aims to help millions breathe-free and is here to support asthmatics by encouraging them to opt for inhalation therapy. Shying away from the condition will not improve quality of life, accepting it will do. Asthma can be controlled with medicines, but without the appropriate treatment, it can lead to frequent attacks.