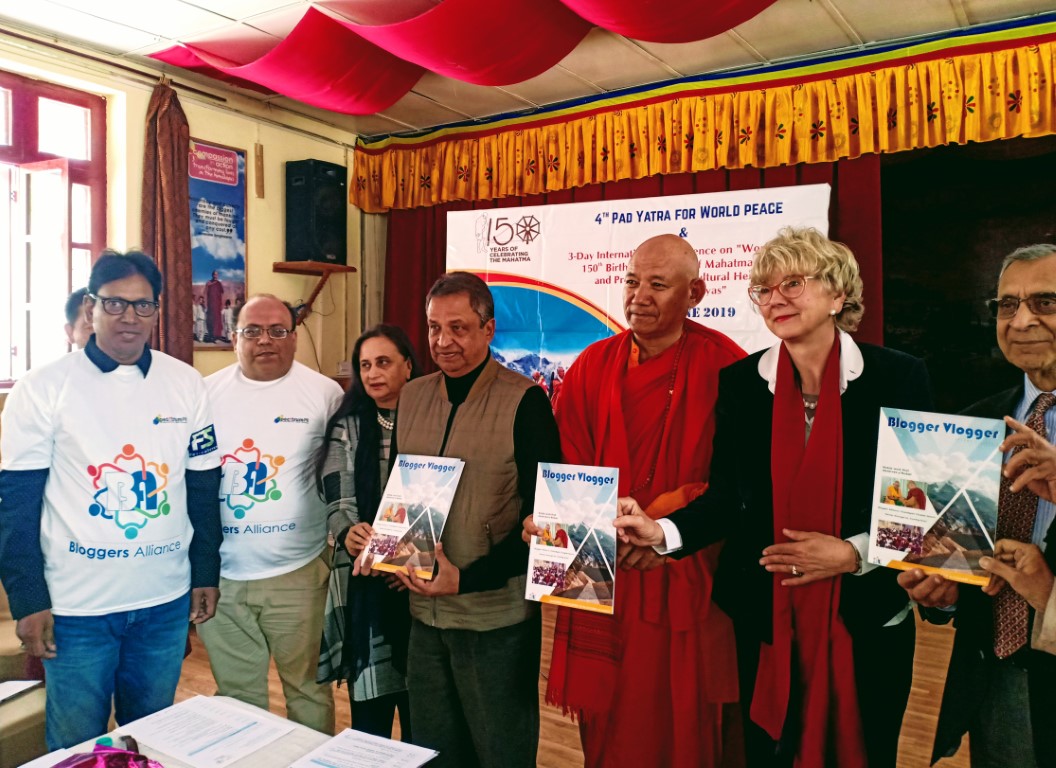 Dr Amit Nagpal, President, Bloggers Alliance, said, “The inaugural issue of Blogger Vlogger, highlighted the story of Sanghasena and my upcoming book “Heroes Amongst Us’, having stories of 32 people, who are living their passion. In the first phase, various chapters will be launched in major cities of India and international chapters will also be established in the second phase.”

Blogger Vlogger comprises blogging tips, upcoming events and workshops, inspiring stories of bloggers and more. Sanghasena conveyed his best wishes to the Bloggers Alliance team and empahsising the importance of coverage of positive news said, “Media needs to focus more on inspiring stories of people who are working for social change and pressing global problems such as climate change and melting of glaciers.” The monk is admired globally for his concept of ‘compassion in action and meditation in action’.

Bloggers Alliance was planned after Steve Wozniak, Co-Founder of Apple, gave a sweeping statement in an interview that Indians lack creativity. Dr Amit spoke to like-minded people and formed a team to showcase Indian creativity to the world.