The annual function of The British School here mesmerised the audience as students presented its 12th Annual Day, ‘Magical Moments’ at Indradhanush Auditorium in Sector 5 here.

The function commenced with the lighting of the ceremonial lamp by the Guest of honour, Rajesh Jogpal, HCS, Commissioner, Municipal Corporation, Panchkula escorted by the Chairperson of the school, Urmila Sethi; Directors Sanjay Sethi and Geetika Sethi, Principal, Anita Mehra, and Administrator, Sushma Gupta. School Principal, Anita Mehra welcomed the audience while Director of the School, Geetika Sethi, read out the School Annual Report, highlighting the students’ academic, cultural and sports achievements. This was followed by the prize distribution ceremony.

The show began with students of Class 7 and 8 singing with grace and poise, evoking the spirit of serenity and good blessings through an invocation song. This was followed by ‘Shilpkar’- a breath-taking stage act portraying the pain of a disabled girl who joyfully danced with the statues that come alive and became lifeless again in the end.

Cartoon characters like Mickey and Minnie, Cindrella, Chota Bheem came alive on stage through the adorable tiny tots of Nursery and LKG dancing to lively tracks. A riot of colours burst on stage when LKG students performed a butterfly dance.

Synchronization of the LKG and UKG students left everyone spellbound as they turned and twirled during Gujarat Garba Raas. The audience clapped and cheered as kindergartners put up an adorable performance all of the all time favourite Charlie Chaplin. 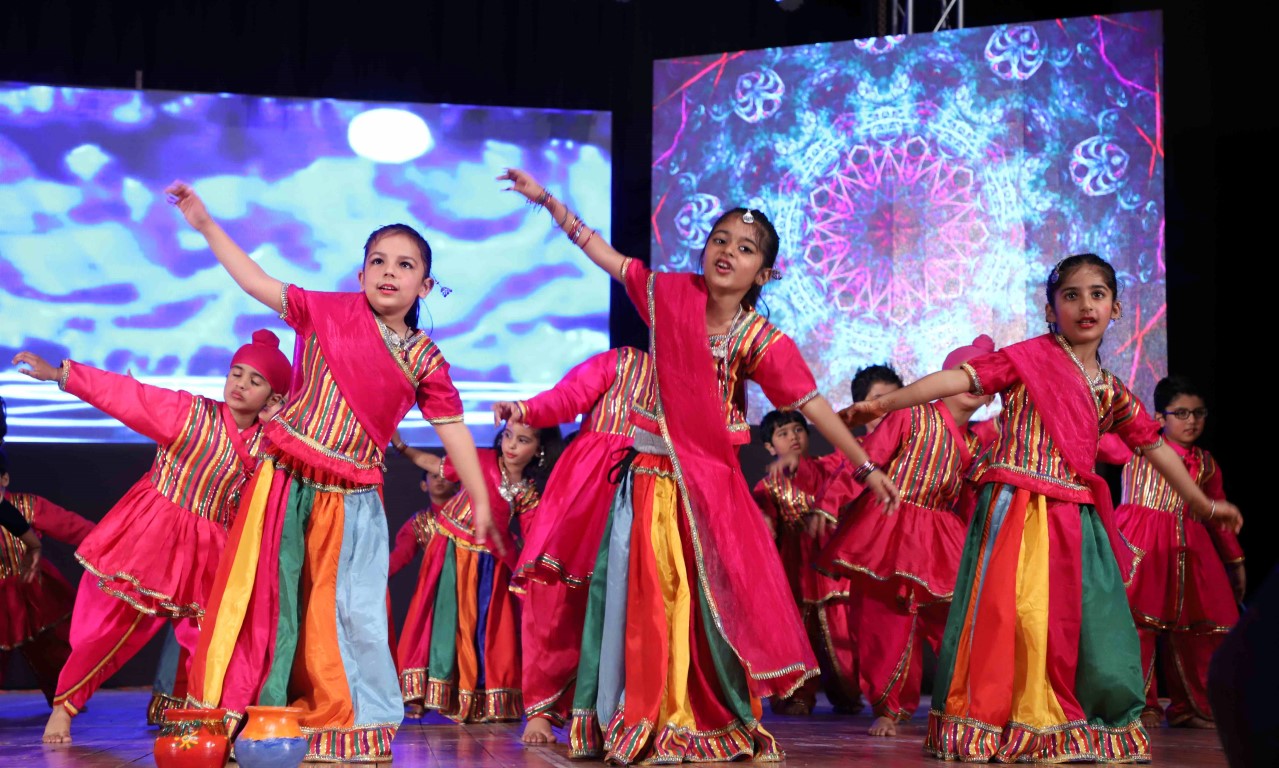 Students of Class 1 to 4 took one and all along with them on an adventurous voyage as they recreated the tale of Gulliver and the Lilliputians. Varying genres were seen on stage as a Michael Jackson inspired bunch of Class 1 and 2 kids put up a lively Hip-Hop act while the students of Class 5 enthralled the audience with their sufi inspired peep into the rich Mughal period of Indian history. The Robotic dance of Class 5 recharged everyone with its vivacity.